5 Cities in Metro Manila under state of calamity 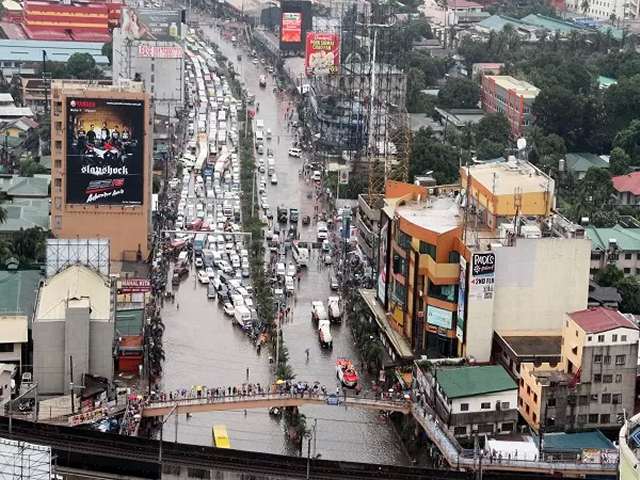 The International Airport of Manila (NAIA) is in Pasay City. The situation at the airport is apocalyptic. Not only flights are delayed and cancelled but the access to the airport is nearly impossible.

Photo courtesy of Philippine Air Force
Since Monday this week over 200 flights have been cancelled and nearly all flights are delayed. Since 1:50 p.m. we observe Cabu Pacific Flight 5J814 from Singapore making circles in the skies around Manila, waiting for better conditions to land. Touch down had been at 2:50 p.m. 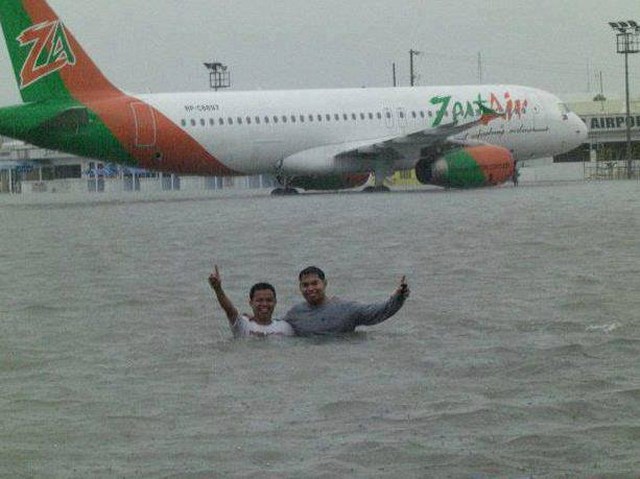 At least this time Zest Air doesn’t lie. Today they are really a refreshing, even most refreshing airline. And who told that CAAP had grounded Zest Air? They are flooded not grounded!