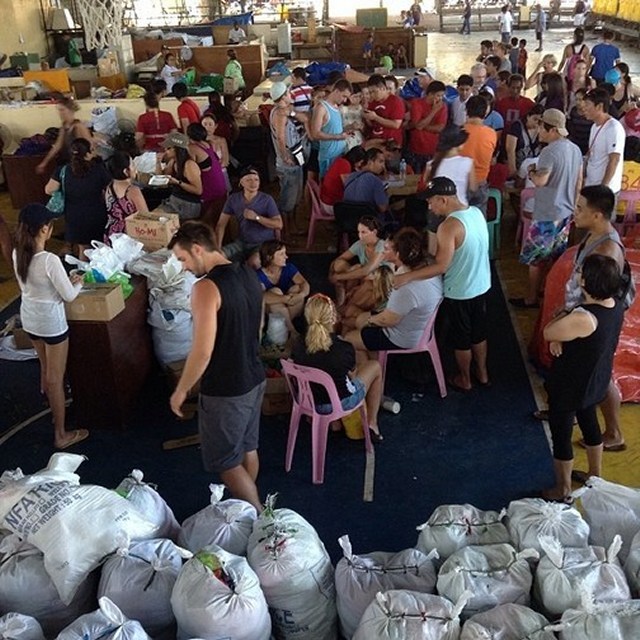 While parts of Leyte and Samar are still not accessible, in other parts of the typhoon battered islands, life slowly starts to reorganize.

From Panay, where the typhoon crossed the 3 provinces Capiz, Aklan and Antique, a friend informed me yesterday night by text: “We are OK, house and dogs are OK, vegetation is completely flat”.

The airport of Coron (Palawan) is heavily damaged. Stranded tourists help in packing relief goods to be distributed to local communities affected by the typhoon.  Tourists who wish to be evacuated can board the military transport aircraft that will arrive anytime soon to deliver additional relief goods.