The Bicol region is one of the fastest growing regions of the Philippines and one of the country’s hottest tourist spots. With destinations like Mount Mayon, the Caramoan Islands, and Whale Shark Diving in Donsol, the government is eager to make tourism much more accessible to the region.

Neither of the two existing airports in Legazpi and Naga City (Pili) can be upgraded. The installation of an Instrument Landing System (ILS) is not possible as the existing 150-meter width of the current runways does not comply with the standard width of 300-meters set by the International Civil Aviation Organization (ICAO). Existing houses, hills and trenches make widening the current runways impossible.

The airport will replace the old Legazpi Airport, which is only 2 to 3 kilometers away from this airport. Phase 1 of the project pertains to airside development including construction of the runway and taxiway among other peripheral projects. After the Regional Trial Court of Mandaluyong City has dismissed the complaints of the losing bidders citing a lack of jurisdiction, Sunwest Construction Development Corporation could start work. 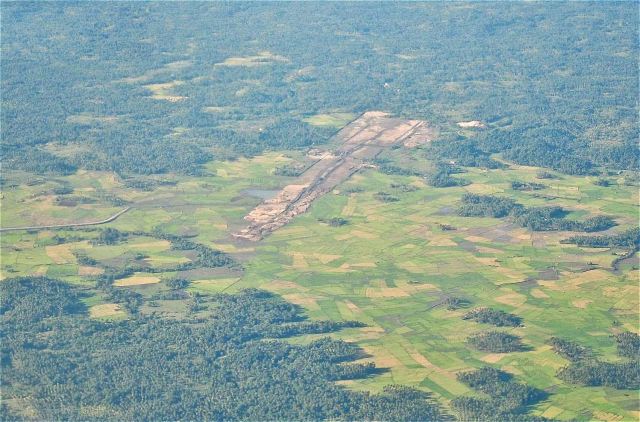 There is still a lot of work ahead. Meanwhile, the Department of Transportation and Communications (DOTC) just pre-qualified four groups for the consulting and engineering services contract of the proposed airport. The winning bidder will be tasked with solving the numerous limitations that presently face the existing airports in Legazpi and Naga.