Camiguin island in the southern Bohol sea has been known for its pristine nature, mountains and sea. I write this in past tense because the concrete cancer is developing at fearful speed. And now the first fast food monster tests the market.

All over the island concrete is spreading by thousands of cubic-meters per day. New roads are built and invade pristine nature like cancer invades a healthy body. At Katibawasan falls a extremely steep concrete road replaces the old trail going to the upper part of the waterfall. The the trans-island highway with its gigantesque parking at Tuasan falls is the most dangerous road of the whole island. The slope opposite of the parking is continuously sliding down. The little protection wall is just a joke. After the first strong rain, this road will not be usable anymore. This drama will continue until the whole volcanic hill will be flat. You may also want to read my last year’s article: Concrete Madness in Camiguin. 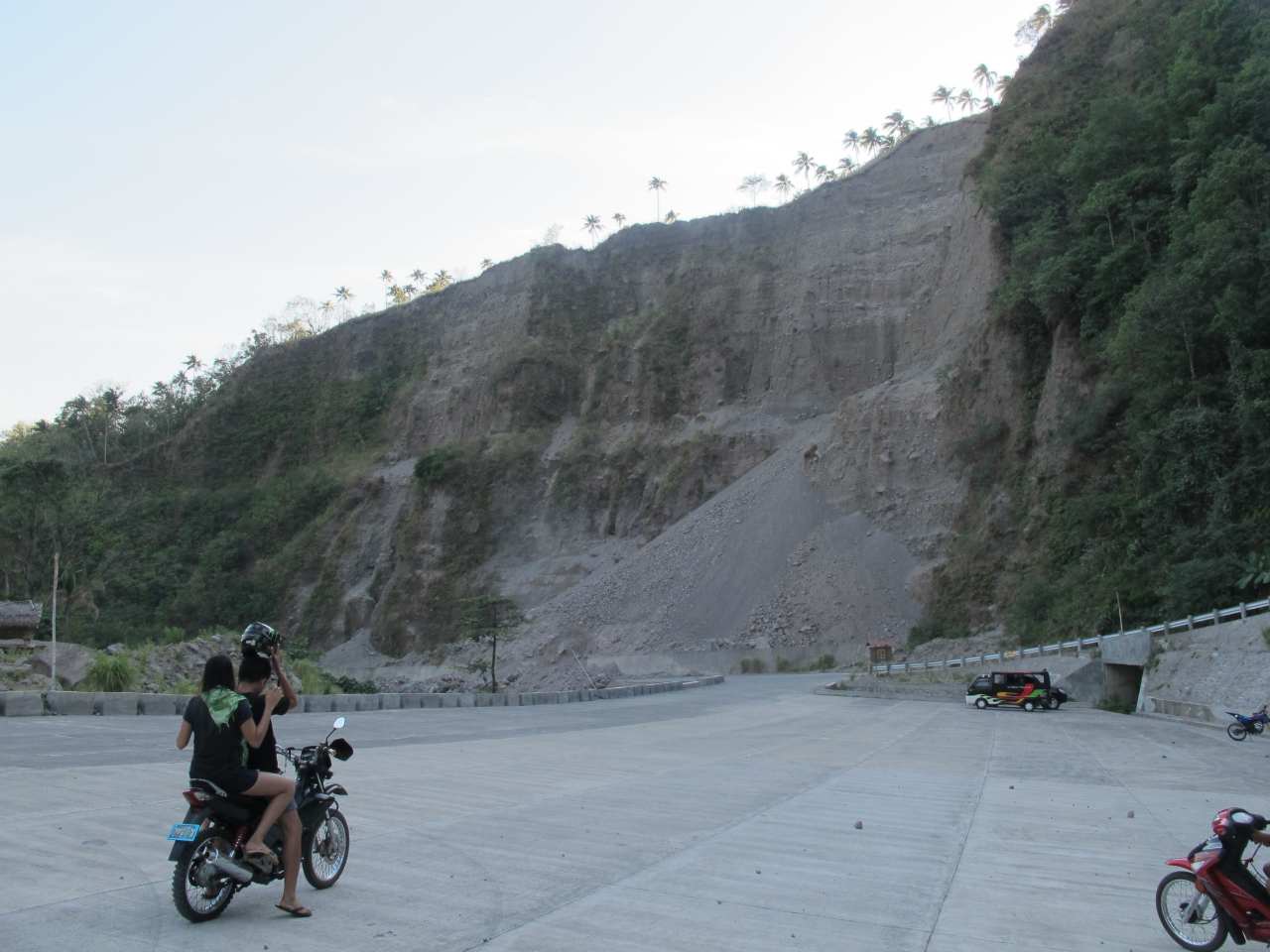 And why for God’s sake to we need a 4 lane highway? Maybe for drying palay (rice)? If everybody just observed basic traffic rules, the existing roads would be absolutely sufficient.

For some time now the rumour goes around the island that Gaisano will build a shopping mall in downtown Mambajao. Official information is not available neither on the government’s website nor on their facebook pages. A newspaper does not exist anymore. And yesterday this truck stopped in the centre of Mambajao: 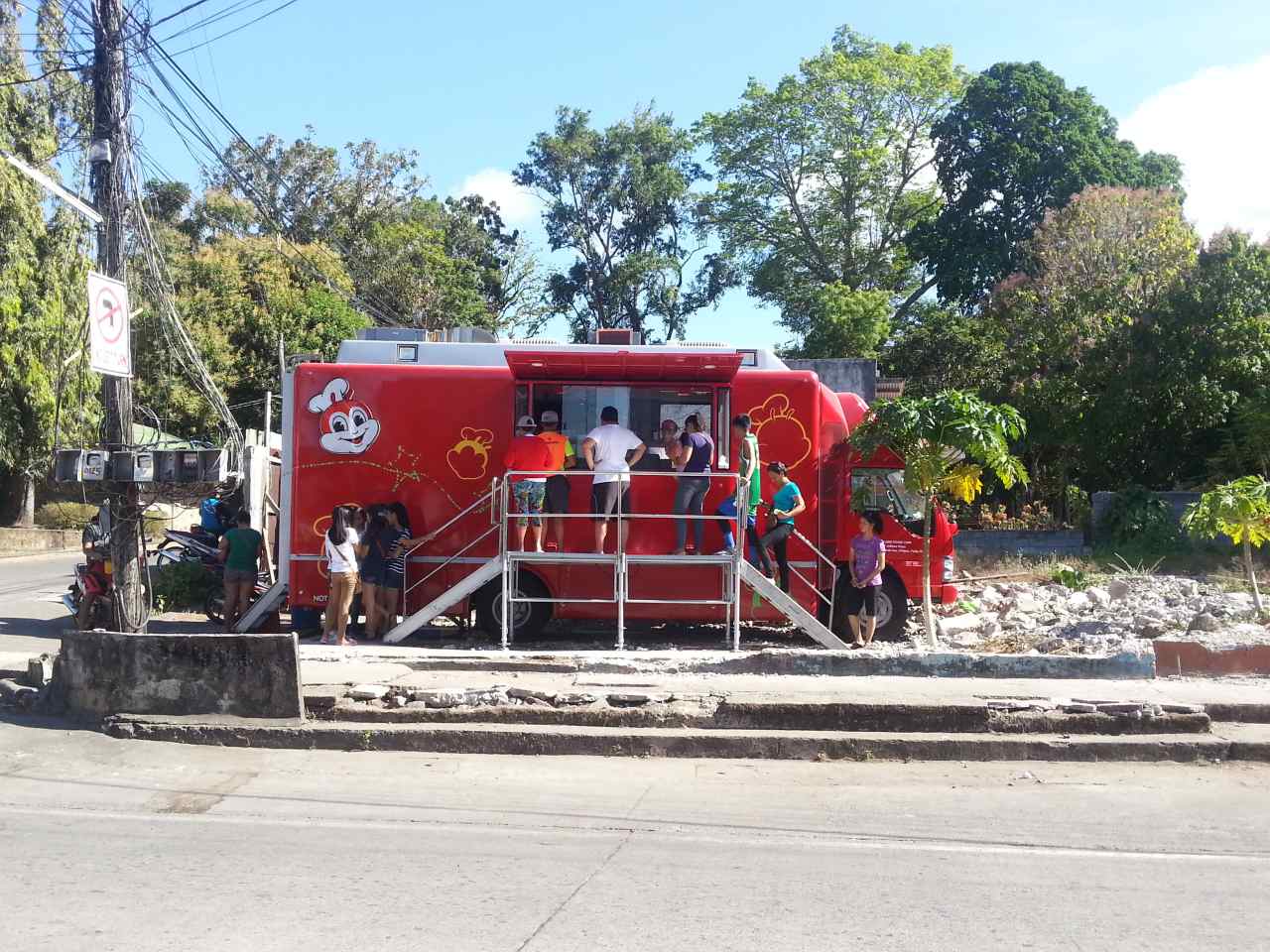 This morning at around 10 a.m. over 20 people were queueing up. Do they really need this industrial food when they can get tasty and healthy food in the local market and in local restaurants and eateries? The economical and ecological impact will be a disaster.

Can you see a trash bin? For a green and clean Camiguin?

Here is an outlook in the very near future … 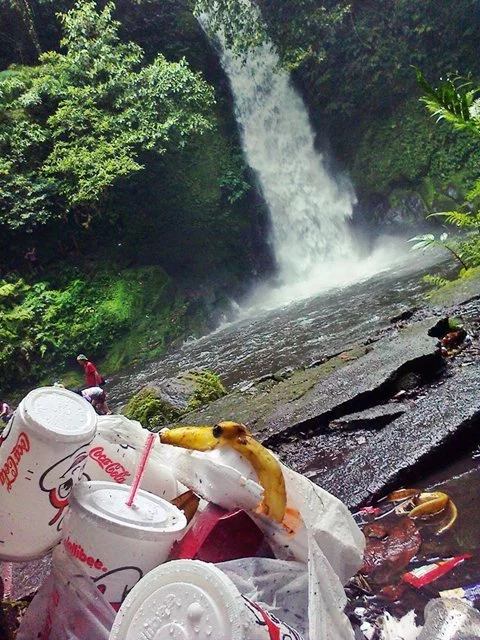 This is actually Malabsay Falls on Mt. Isarog in Bicol.

And another side effect … 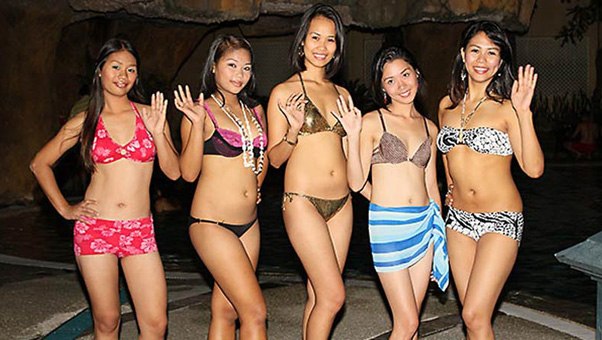 Before JolliBee and other fast food monsters 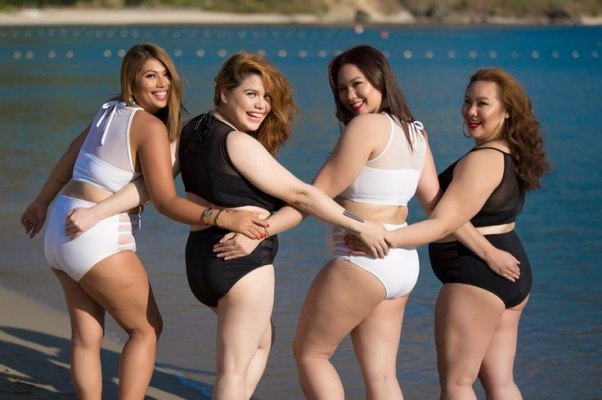 After JolliBee and other fast food monsters