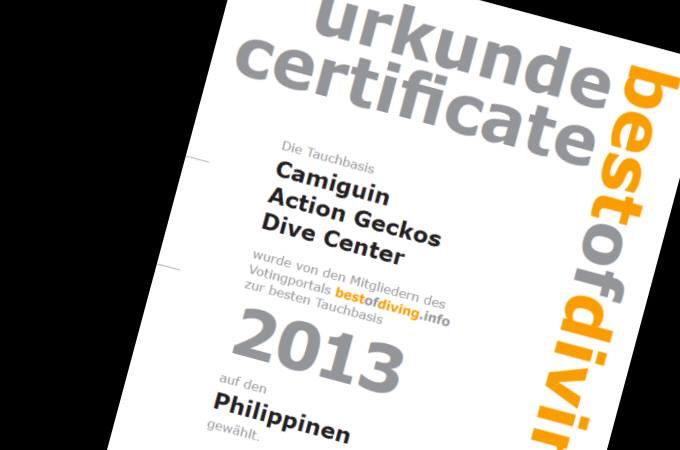 The readers of the German website bestofdiving.info have elected our neighbors and friends, the Camiguin Action Geckos “Best Dive-Base 2013”.

Our congratulations go to Uli and his team.