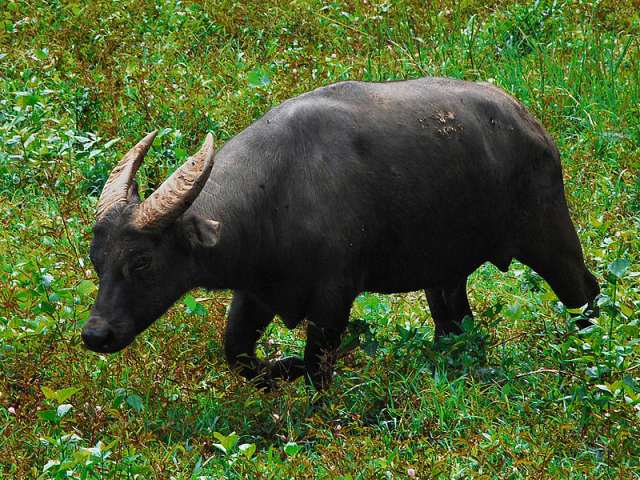 The tamaraw (Bubalus mindorensis) or Mindoro dwarf buffalo is a small, hoofed mammal belonging to the family Bovidae. It is endemic to the island of Mindoro in the Philippines and is the only endemic Philippine bovine.  The tamaraw was originally found all over Mindoro, from sea level up to the mountains (2000 meters above sea level), but because of human habitation, hunting, and logging, it is now restricted to only a few remote grassy plains and is now an endangered species.

The Tamaraw is endemic to the Philippine island of Mindoro (9,735 km² in area), where it was formerly widespread across the island. However, the current range is estimated to cover less than 300 km², in only two or three areas: Mount Iglit-Baco National Park (within the Iglit mountain range), Mount Aruyan/Sablayan, and Mount Calavite Tamaraw Preserve. 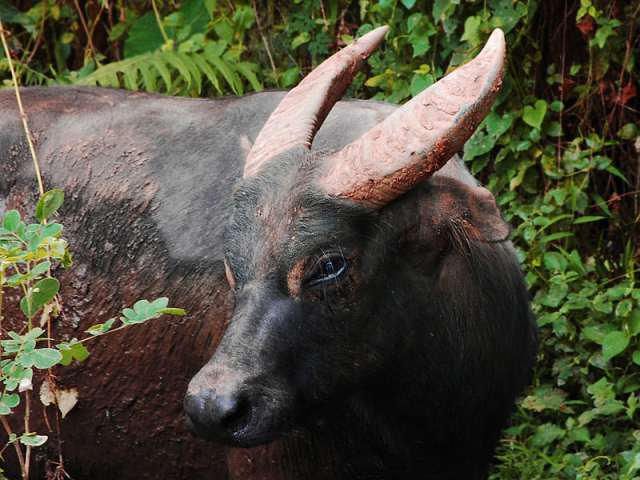 Only about 350 of the dwarf buffalo are thought to remain, prompting the International Union for the Conservation of Nature (IUCN) to classify them as critically endangered – one precarious step above extinction.

Figures from the Tamaraw Conservation Programme said some 10,000 Tamaraw once roamed Mindoro in the 1900s, but an outbreak of Rinderpest in the 1930s, widespread land clearing, and trophy hunting rendered them nearly extinct.