Cyclone MELOR/Nona is now a Tropical Storm moving towards Bicol region and is intensifying. The cyclone should arrive early Tuesday morning in Catanduanes. It is expected to be a Typhoon Category 2.

The forward speed (35 km/h) of the cyclone had been very fast during the last 24 hours. This forward speed will now slow down to estimated 18 km/h. In the same time Cyclone MELOR/Nona will increase its rotating wind speed. It is expected to gain typhoon force Sunday around noon.

Cyclone MELOR/Nona will amplify the north-eastern Monsoon (Amihan). This means fresher weather over northern Luzon and perfect Kiteboarding conditions in Boracay. Along the east coast of all Luzon people should be prepared for possible flashfloods and landslides especially during heavy downpour. 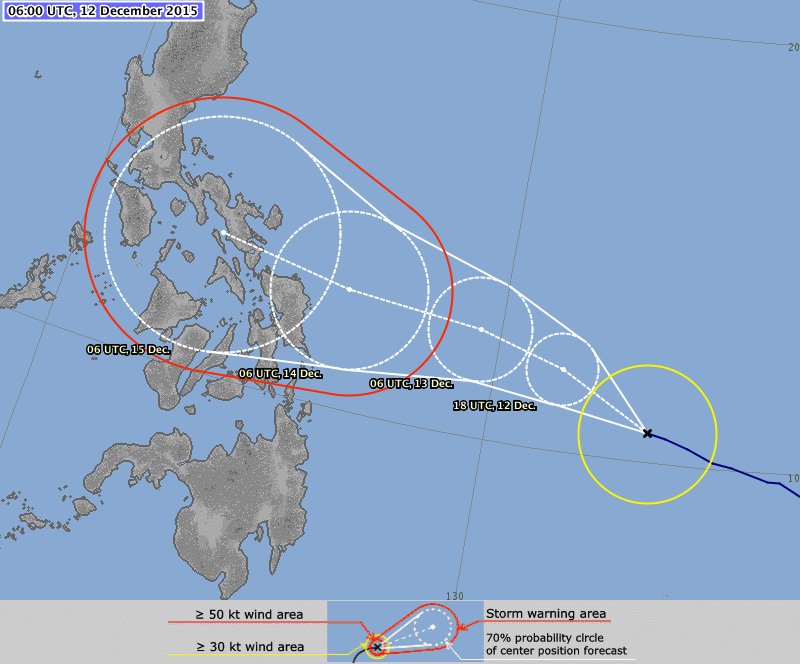