Davao runway to be cleared tonight 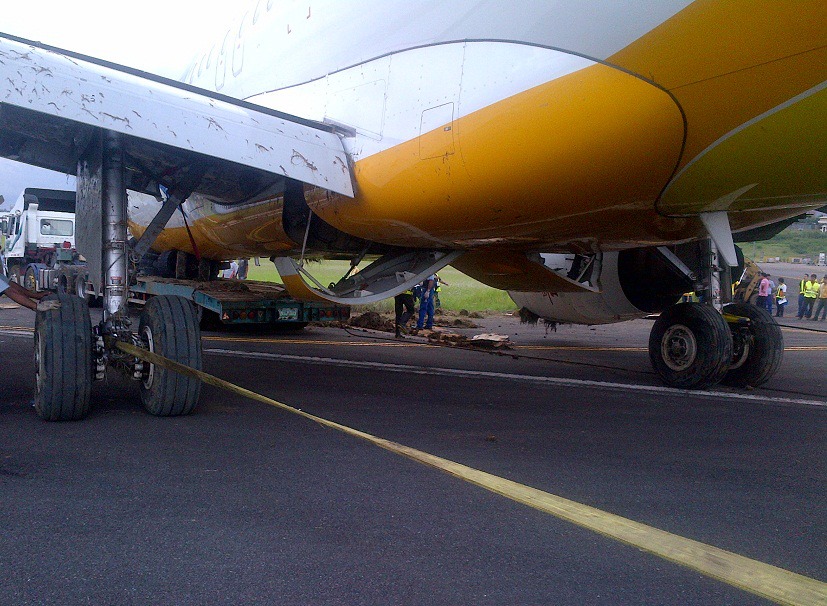 The joint recovery team (Cebu Pacific Air & CAAP) could not get the Airbus A320 off the runway before 3 p.m. this afternoon. This deadline had been imposed by CAAP this morning.

But the teams have done a tough job. By 7:00 p.m. the stalled plane was back on the runway and is now being towed to a temporary parking. 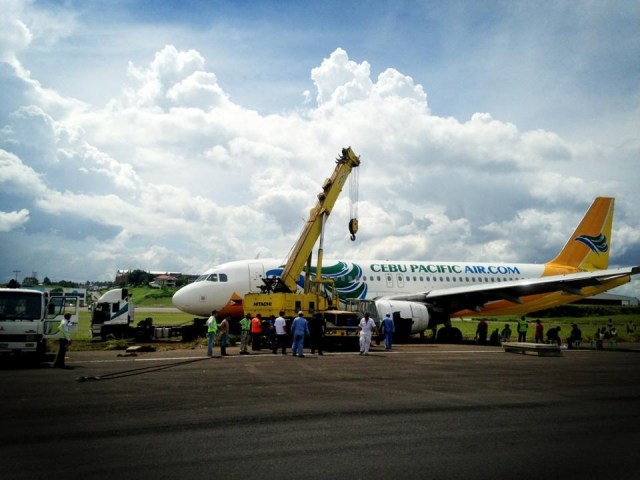 A difficult job: The plane’s nose landing gear has been lifted from the ground and secured on a flatbed truck and steel plates had been placed under the main landing gear. 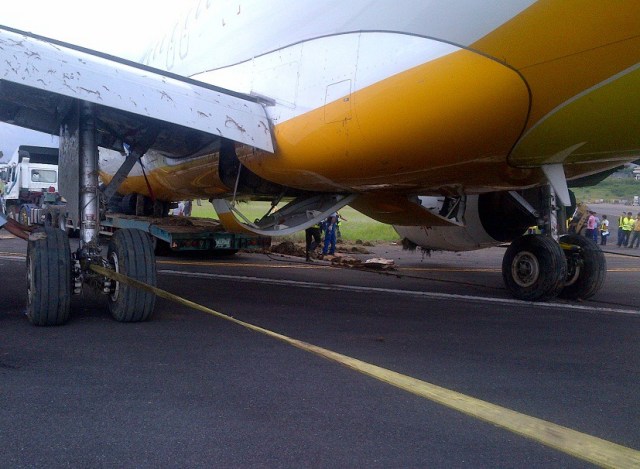 Probably Davao airport may re-open during the night. Until now thousands of stranded passengers had been brought to General Santos airport. But there another problem delayed the whole operation: Defective X-ray machines compounded the misery of thousands of passengers.

And there are lots of open questions left:

First answers to the press had been given by CEB’s CEO Lance Gokongwei. Gokongwei first said that  Cebu Pacific’s airline crew workers did their best in the face of the mishap. After having been confronted with eye witness declarations he corrected “I think in this situation, probably we did not handle all the issues perfectly, but we certainly are trying to improve” .