Pirates! Do we need New Moro Watch Towers in the Visayas?

Remains of ancient Moro Watch Towers can be found on all islands in the Visayas.

Mindanao has always been a thorn in the side of the rest of the country. When the Spanish occupied the islands, they never really settled the southern islands of Mindanao, Tawi Tawi and those leading to Sabah and the island of Borneo. The strong Islamic faith of the inhabitants never wavered and few converted to Catholicism. When the Americans took over from 1898, they subdued the rest of the country, more or less, in a few years, but they were still fighting the Moro’s on Mindanao and neighboring island chains in the 1920s.

The Sulu and the Celebes Seas had always been a pirates hot spot. These pirates are less known than the Malaysian pirates in the Strait of Malacca between Malaysia and Indonesia. After a longer time of rather safe waters, the Sulu Sea pirates and among them the Abu Sayyaf group hit again anytime, anywhere and anyhow. 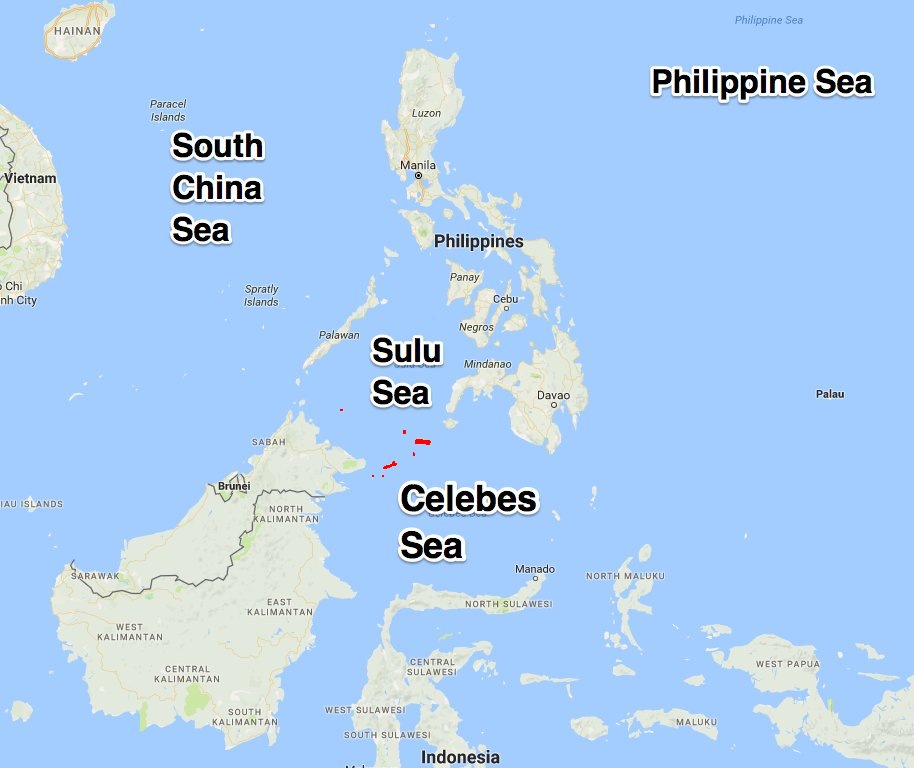 The red dots are the strongholds of the pirates. They are among the most beautiful islands in the Philippines. But they are an absolute “NO GO”!

Last year there have been at least 16 attacks on ships in the Sulu and Celebes Seas. Through these water ways about $40 billion worth of cargo passes each year.

The Sulu/Celebes area is the world’s fastest growing piracy hotspot, with violent attacks on commercial vessels and their crews, and an increasingly successful kidnap and ransom business model.
The International Maritime Bureau’s piracy reporting center in Kuala Lumpur has warned of this rising threat of armed pirates in these waters, with shipping companies starting to shy away.

Shipping data in Thomson Reuters Eikon shows several large vessels carrying iron ore from Australia to northern Asia, which used to take the route through the Sulu Sea, are now sailing east of the Philippines, through the rough open Pacific Ocean. At least six shipping companies are diverting vessels via this route, according to shipping executives. Sailing east to avoid the Sulu Sea adds about half-a-day to a 14-day voyage from Port Hedland, Western Australia’s main iron ore export terminal, to northern Asia. 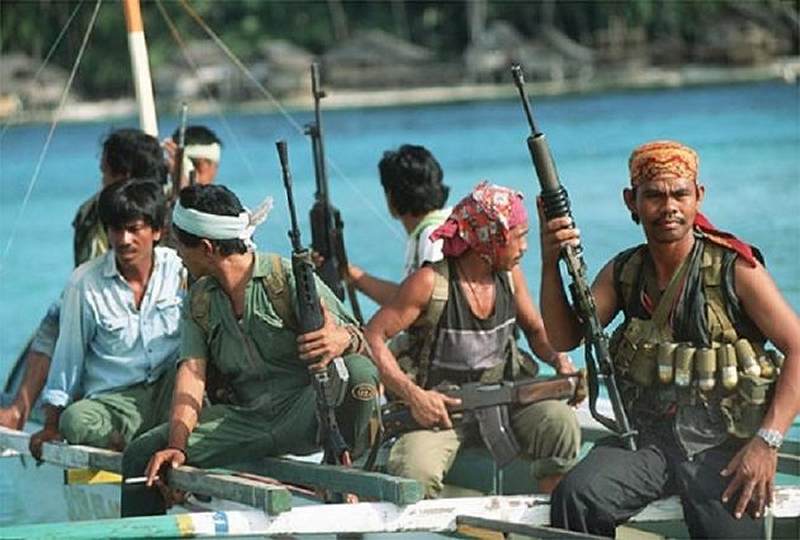 On the southern and western coasts of most Visayan islands, the Spanish built fortified watch towers – the Moro Watch Towers. You can find them on Panay, Bohol, Cebu, Negros, and Camiguin. Maybe there are even more of them. The best known Moro Tower stands in Punta Cruz on the south-western tip of Bohol. I “discovered” this tower in 2007. 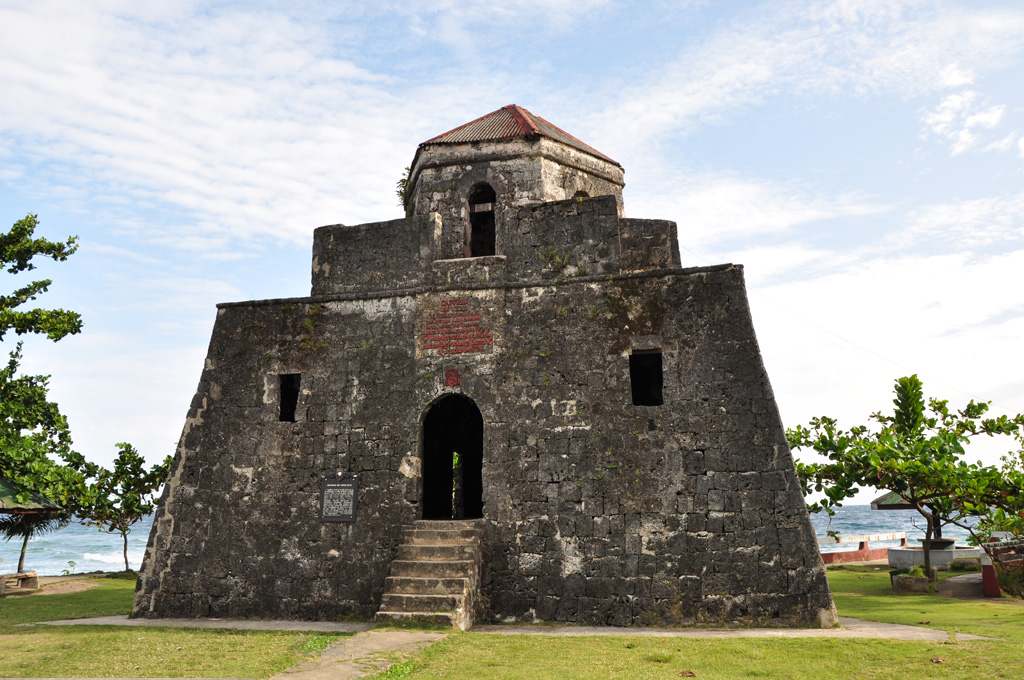 A funny detail I found up in the tower. Do you see the small white sign in the topmost opening. With a zoom-lens I could read it: 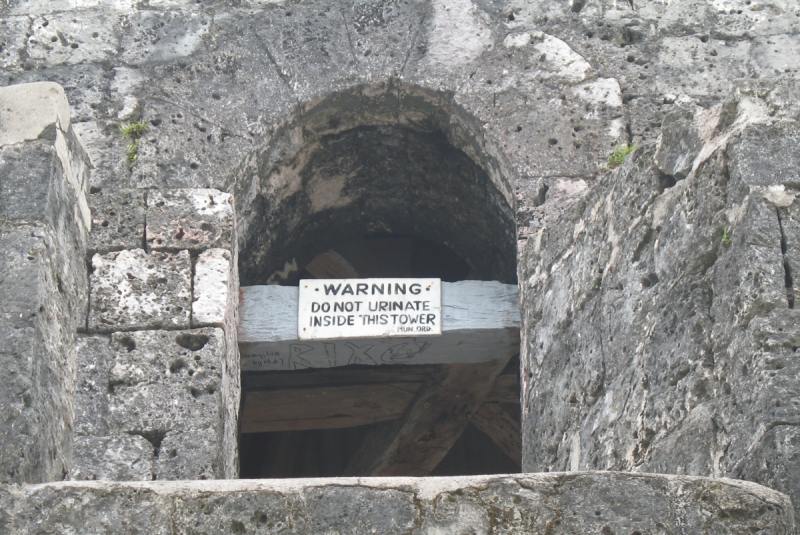 Below is the Moro Watch Tower in Oslob, Cebu 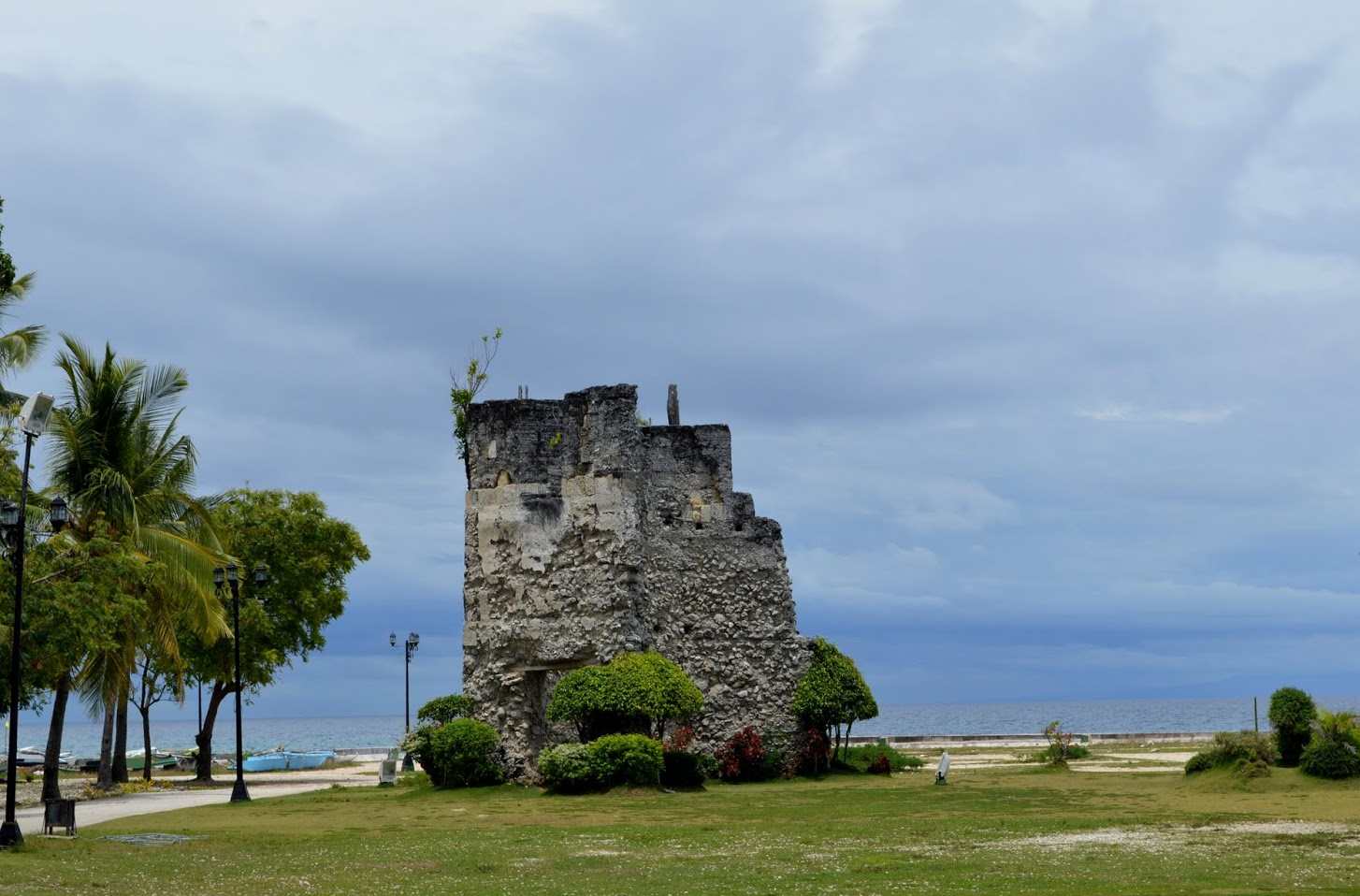 A big tower stood on Camiguin Island in the municipality of Guinsiliban. Unfortunately there are only a few remains of this hidden tower. You can find this tower on the western side of Guinsiliban port, behind the school building. 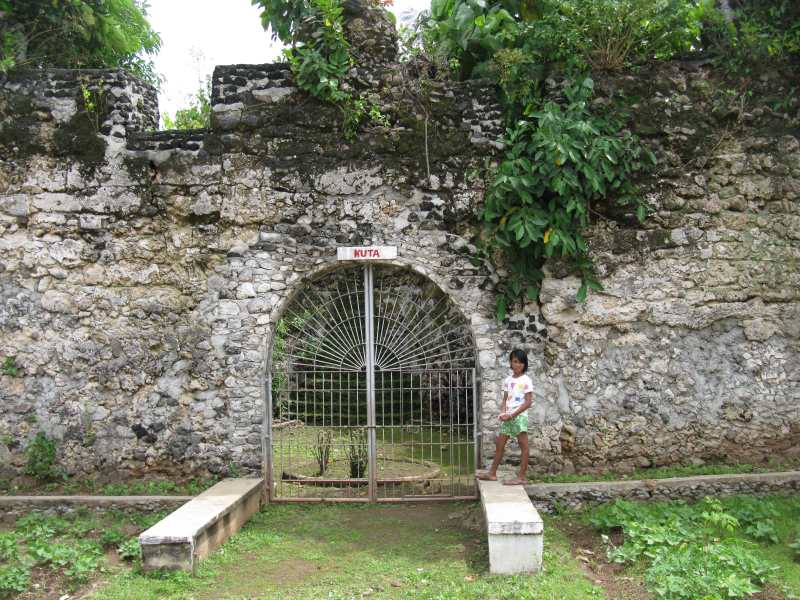 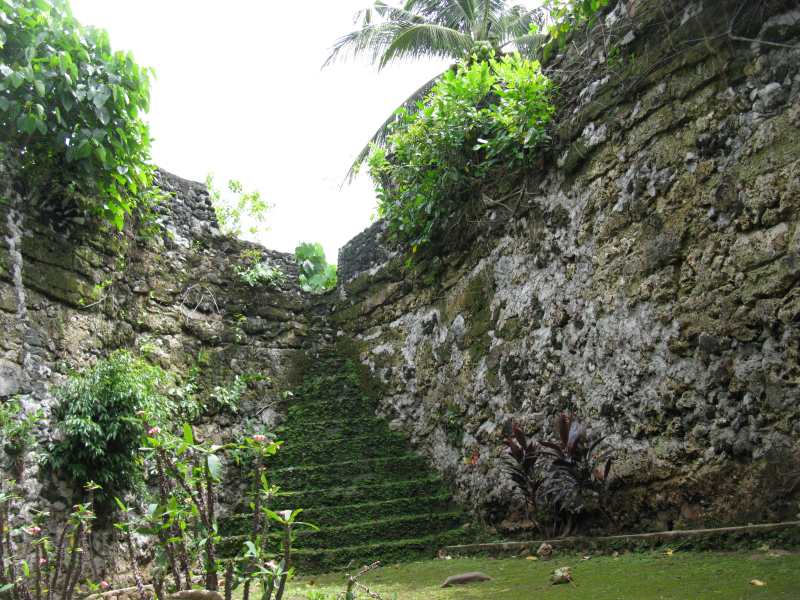 The biggest problems are the secluded pirate’s islands and the very small boats the pirates use. Radar is of no use because of the size of the boats and the construction materials like wood and resins. Spotting such a boat from land or a ship is limited to a few miles. If the waves are higher then 3 feet, then this limit shrinks to a few hundred meters. It is almost impossible to identify a pirate’s boat without controlling it. The small boats look much like fisher boats. Many of them are actually used for fishing. 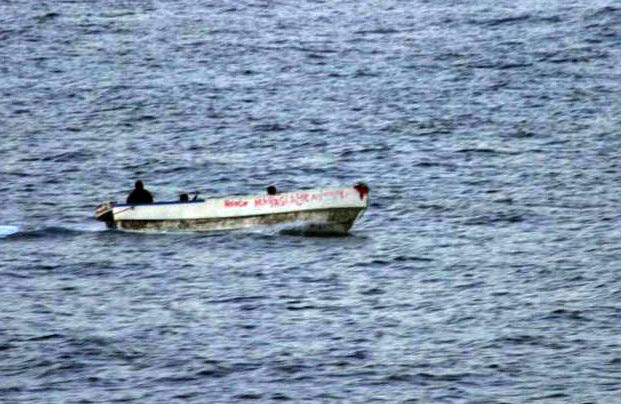 The attackers in Bohol of Tuesday morning seem to have come with ordinary bangkas like the one below. Hundred Thousands of bangkas swim in the Philippines’ waters. It is “Mission Impossible” to control all these boats. If pirates see a government vessel approach, they just dump their weapons. The Bohol Sea is in some spots more than 1900 meters deep! 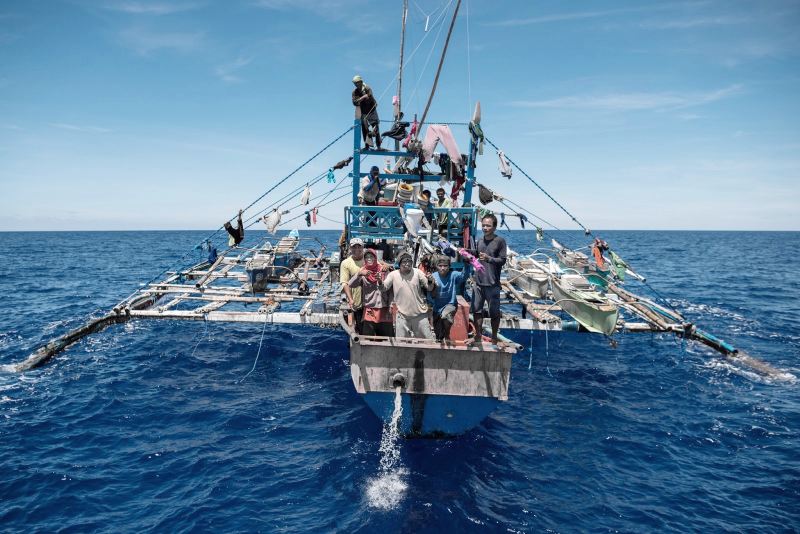 Then what? Aerial or satellite optical surveillance is also no solution. Again the boats are too small and too many.

Cargo and passenger vessels can be accompanied  by armed forces either on board or in Navy ships. Several cargo ships can form a convoy to pass through the infested waters. Ship tracking systems like AIS can follow merchant ships. But when there is an attack, armed forces need hours to reach the vessel. Until then the pirates have vanished. 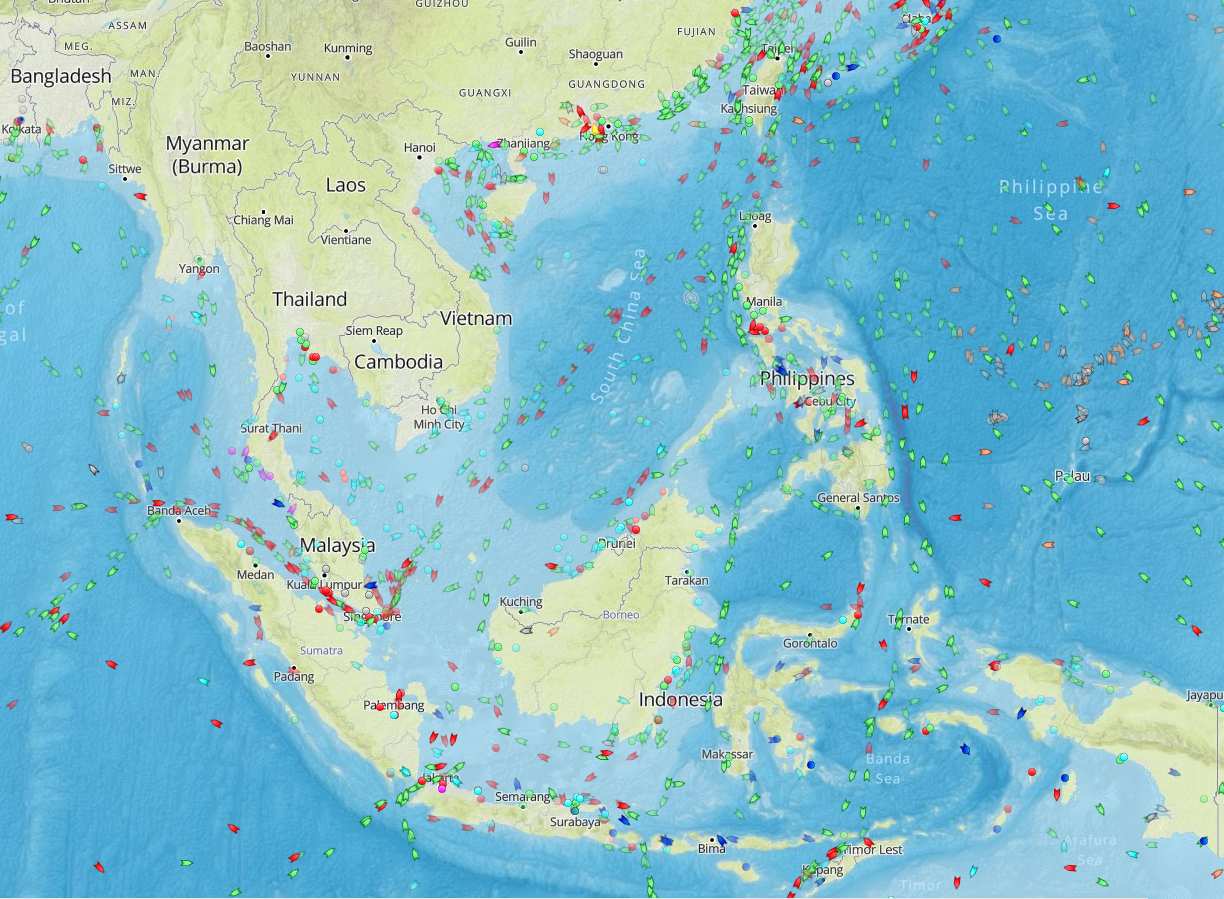 AIS map from today around noon – a lot of traffic around here.

The attack in Bohol on Tuesday night shows the second method of the pirates: Taking hostages and menace tourism. The Bohol attack is a bit strange because the place where the pirates were detected is not a known tourist spot. Had it been a training operation? Maybe we soon will know more …

Easter and the Lenten season are one of the two peak seasons for tourism here in the south. Every year ten thousands of tourists and worshipers come to Camiguin during the Holy Week. Fear of another attack now makes them hesitate to come.  The recent attack already has an impact on tourism and economy.

On Tuesday morning tourists on the white sandy beaches of White Island and Mantigue in Camiguin were ordered to leave the small islands and go back to main island Camiguin. Troops controlled several tourist spots on Camiguin island. Siquijor, the other island in the Bohol Sea issued warnings and boosted their patrols. Other islands like Bohol, Anda and Cebu seem to have done the same. Police and authorities warn resorts and residents to be vigilant. What can I do if tonight 2 silent rubber boats come ashore on our beach? Call the police? Hide under my bed? Run away? I feel somehow helpless.