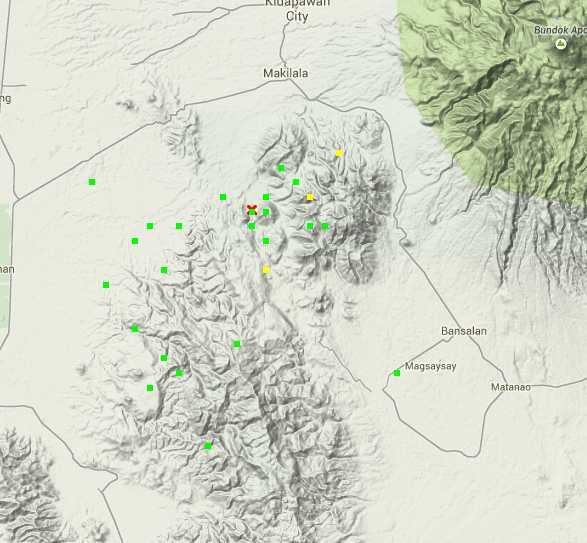 An Earthquake swarm hit North Cotabato yesterday and this morning. Up to now 21 earthquakes of magnitudes between 2.4 and 5.2 hit the region south-west of Kidapawan City in southern Mindanao.

Map from our Earthquake page.

The first, a 4.4 magnitude quake, occurred at 5:59 a.m. 6 kilometers southeast of Makilala town followed by more tremors in the next hours. At 12:26 p.m., a magnitude 5 quake struck, and the epicenter was located 14 km southwest of Kidapawan City with a depth of 11 km.

At 4:00 p.m. yesterday, Phivolcs-Region XII informed that 69 houses were damaged, 15 of them damaged beyond repair. The village of Makilala was celebrating its 62nd founding day  when the quakes struck.

(The Intensity Scale is explained here)