Earthquakes 2012 in the Philippines 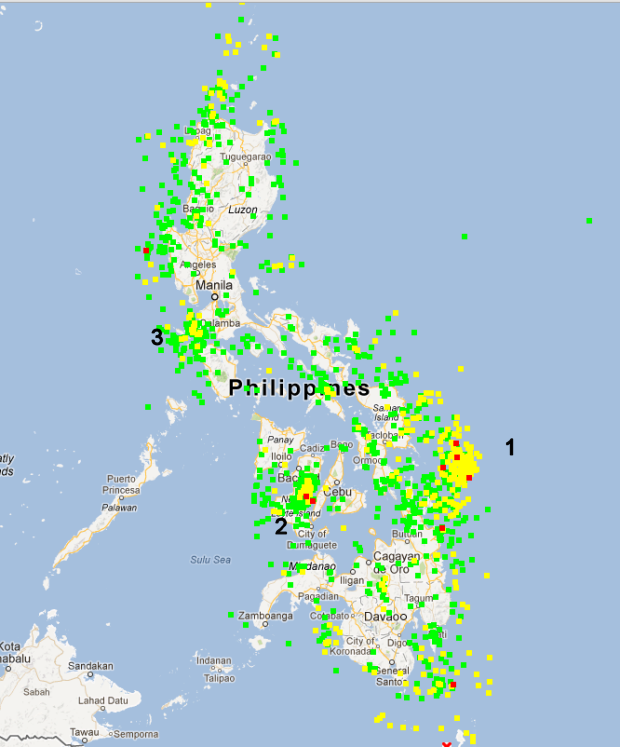 Last year we recorded 1324 earthquakes in the Philippines. 10 of these quakes were dangerous and at least one of them created big damages in Negros.

1. The Subduction Zone in the Philippine Trench off the coast of Surigao
2. Negros Island
3. The Transform Fault in the Manila Trench north of Mindoro Island

This map is also available in interactive form, where you can zoom in and get data of all quakes.

And some interesting statistical data:

We have already started the 2013 recording. It is here!