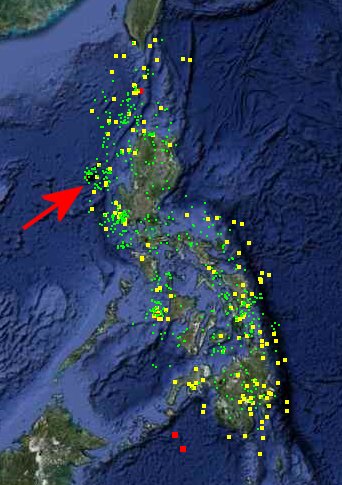 The underground in the Philippines is hyperactive. In the last 48 hours the earth shook 31 times.
Average activity is 2.2 earthquakes per day.

The earthquakes concentrated in two hot spots. The first and stronger hot spot is about 100 km off the coast of Zambales. the second region is Siargao Island north-east of Mindanao. 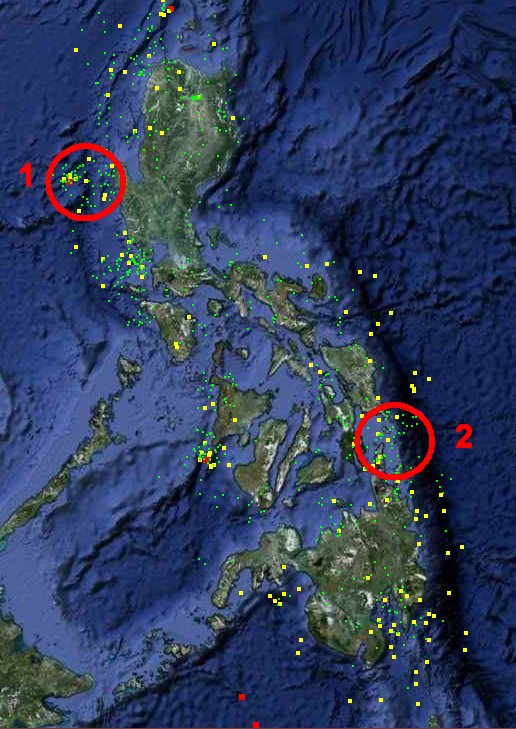