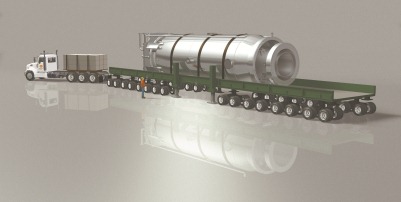 TheProvincial Council of Zamboanga del Sur has issued a resolution expressing its willingness to host a nuclear power plant in the area because it will lower the price of electricity there while assuring its continued supply.

The rolling blackouts in Mindanao have slowed the delivery of services, disrupted work and discouraged the entry of new investments, the resolution says.

Modular reactors range between 45 and 300 megawatts and are microscopic when compared to conventional monster-sized nuclear power plants that range between 1100 and 1300 megawatts. Best of all, they all feature 21st-century architecture with many simple redundancies built right in, such as gravity-fed cooling systems which remove the problem of cataclysmic coolant pump failures as happened at Fukushima and at other nuclear disasters. Read more here.

[Editor’s comment:]
1) These small modular reactors would perfectly fit into the overall Filipino philosophy of smallness. I had to think of Quijano de Manila’s essay “A Heritage of Smallness”. “Philippine society, as though fearing bigness, ever tends to revert the condition of the barangay of the small enclosed society.”

2) Maintenance is not the Pinoy’s strongest suit. Look around! Nothing, but really nothing is in 100% perfect state. But nuclear energy doesn’t allow anything below 100% perfect.

3) The arguments of the nuclear lobby haven’t changed in the last 60 years. The newest generation of nuclear power-plants always  removes the problems of the last generation. (And creates new ones …)

4) And what happens, when a pirate’s gang simply snatches the small nuke plant?