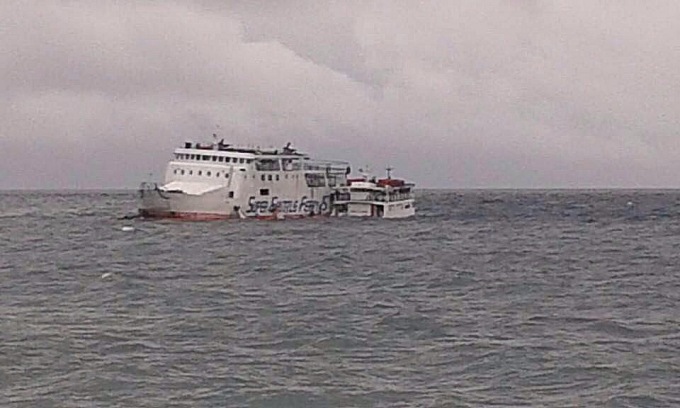 Ferries sunk:  We got a confirmation from a reliable person with an update of what had happened. Now it’s too dark. We’ll dispatch a photographer tomorrow morning.

We just received an image from Christopher Rodriguez:

Our latest contact informed us that Supershuttle Ferry #15 had had a “big” hole in the body. How big? We don’t know.

This afternoon Super Shuttle Ferry #11 tried to tow her damaged sister ship to Cebu for repair. What exactly happened is not yet known but both ferries sunk. The waves in Agoho had been below 1.80 meters (6 feet). This should not be the reason for such an accident.

If you have a look at the ferries, you wouldn’t wonder. Here you can see pictures of most of the ferries operating in the Philippines’ waters.

And did you know?

Many, not all, ferries operating here in the Philippines do have a very long and very adventurous history.
They had been built in Japan and plied coastal routes during 20+ years. You may even see the old embossed names such as “Heiribunzli Maru” in their bodies.
After these many years, the ferries were sold to South Korea. Someones sunk off the Korean coast, others survived.
The final destination always had been the Philippines.
Some of the ferries only swim, because the paint glues the rust particles together – otherwise: ferry sunk!

In the last 7 years I’ve already been witness of the wrecking of 3 ferries in the Camiguin port of Benoni. The last one had been the “M/V Royal Princess”. We recently started a bet, which one of the rusty floating coffins will be next: Doña Pepita or Hijos? 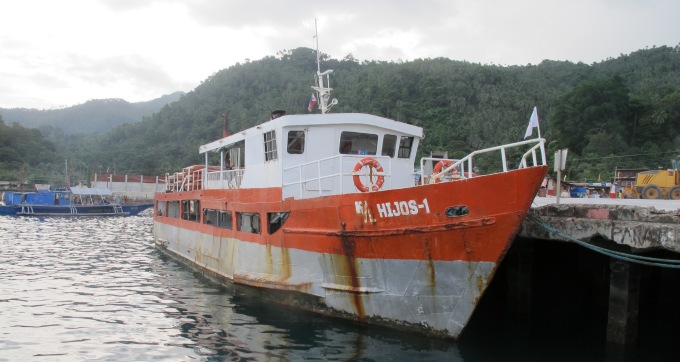 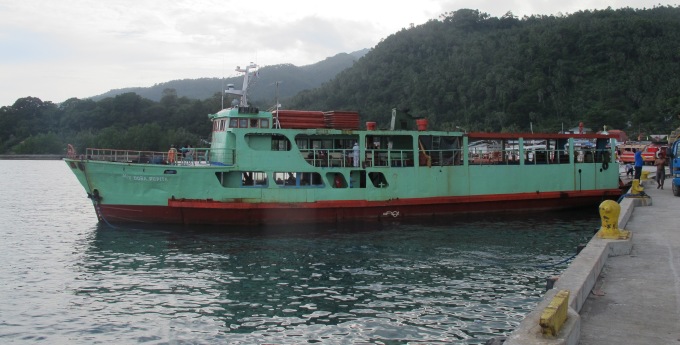 We hope to have more information tomorrow morning.