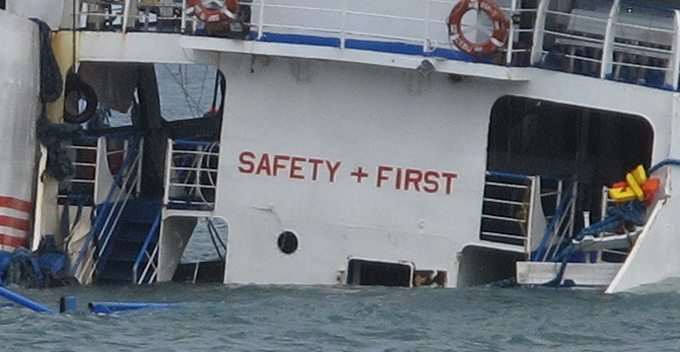 Ferry Accident: Sorry for the late update. Last night, this morning and this afternoon we had no power in parts of Camiguin. Here they are, the pictures of Super Shuttle Ferries 11 and 15 off the coast of Balbagon on Camiguin island.

(All pictures can be enlarged. Please respect our copyright) 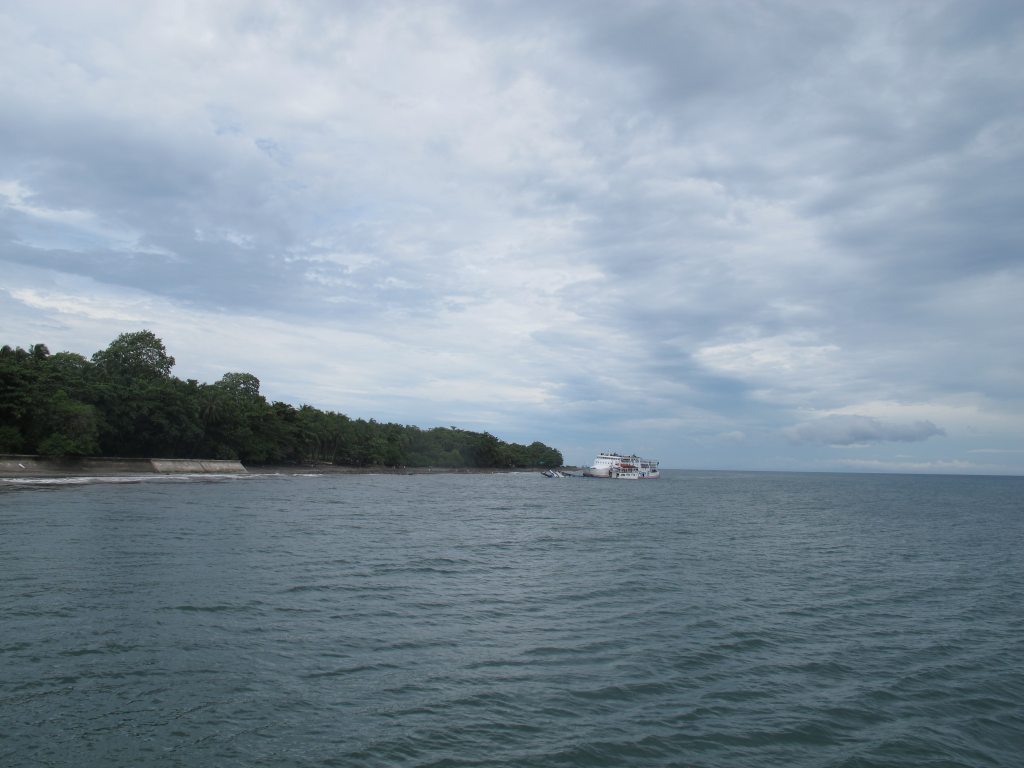 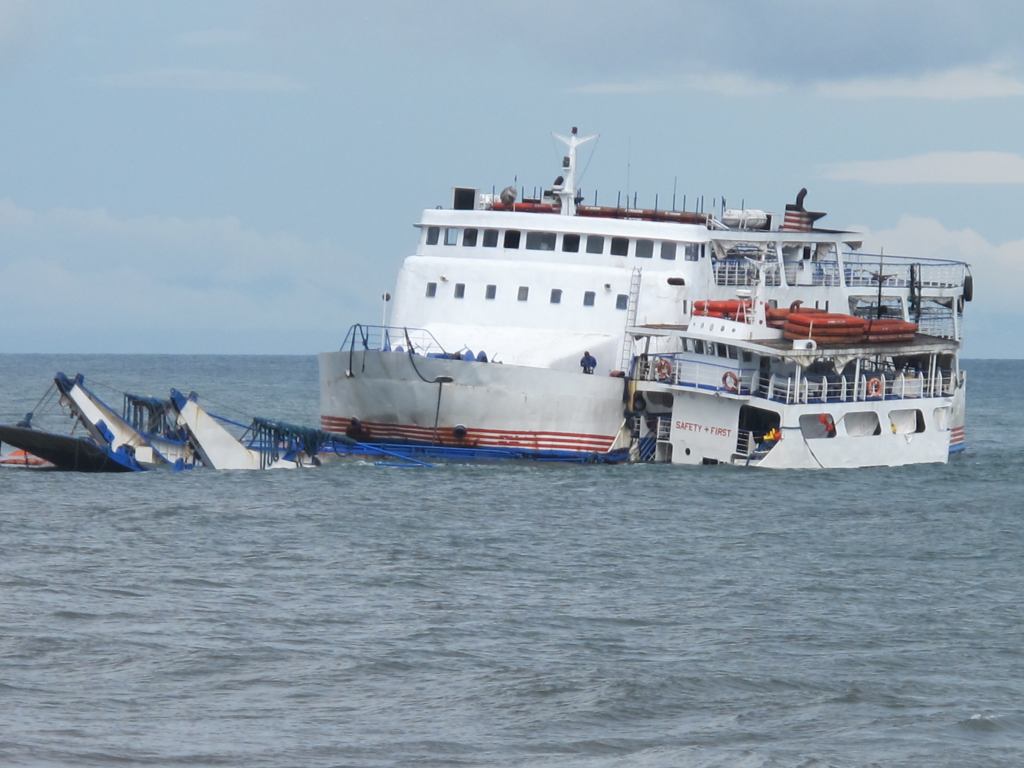 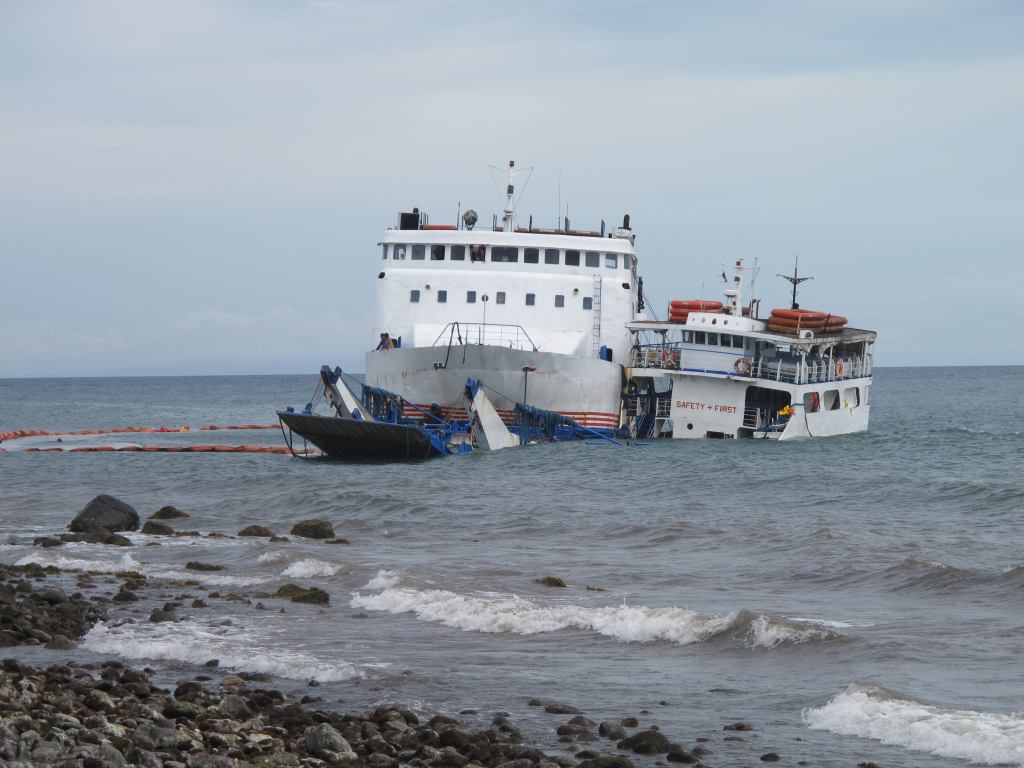 On this picture one can see the short distance from the coast at low tide. During the night and early morning the coast guard put a swimming oil barrier to prevent an oil spill. 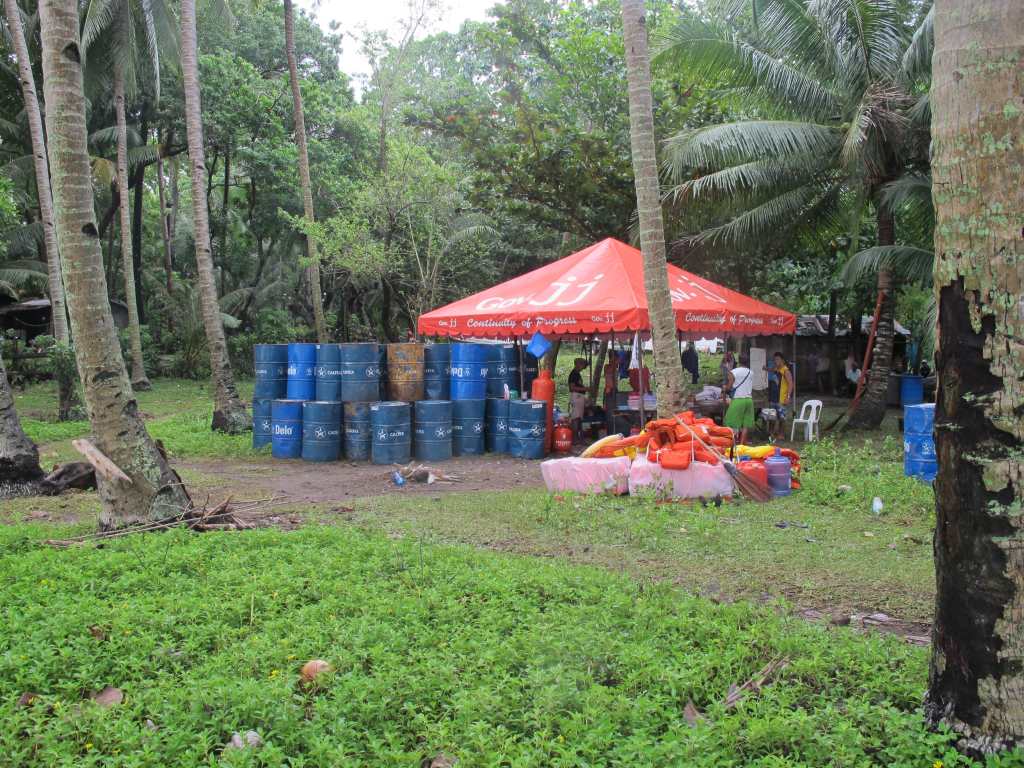 Barrels full of recovered oil from the two ferries. 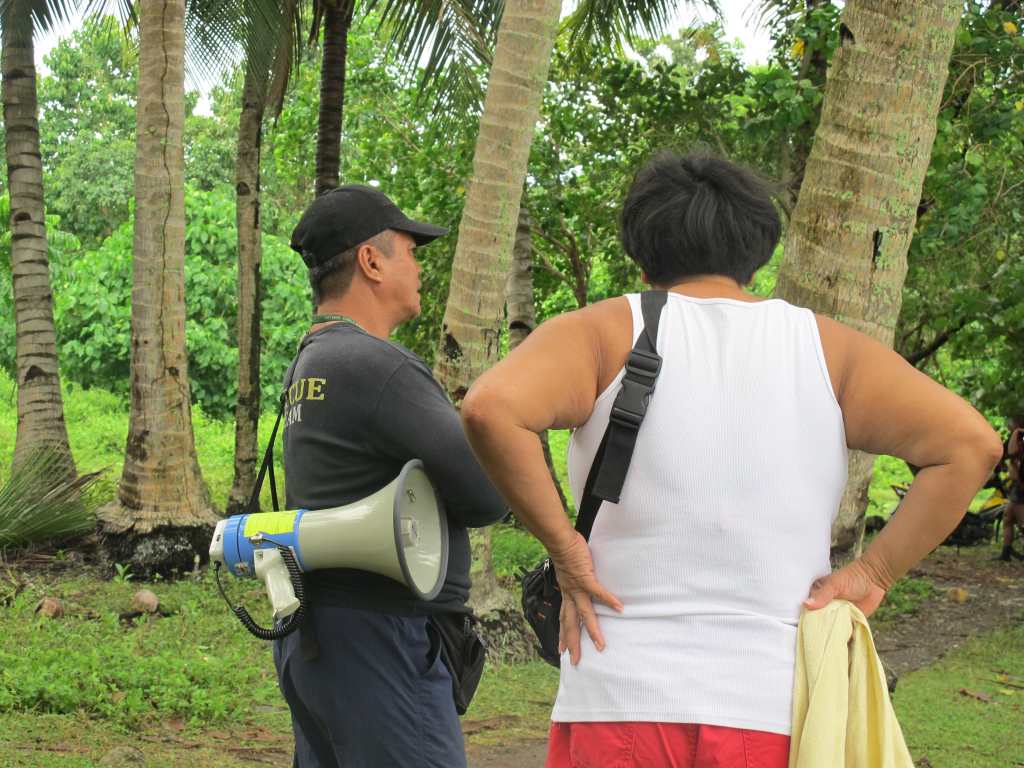 Our reporter “Butch” discussing with the chief of the rescue team. The coastguard and rescue had a tough job last night. Especially when one sees what equipment had been available. Please see below. 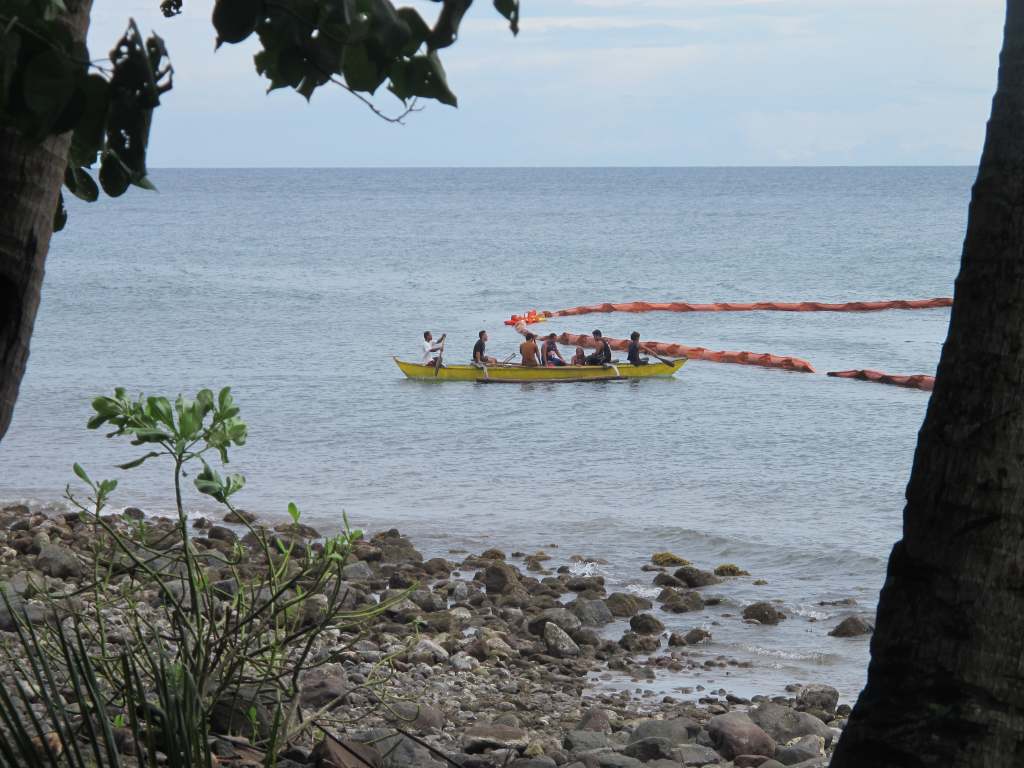 This rowing boat is the only available transportation between the the shore and the two damaged vessels. A really dangerous job. 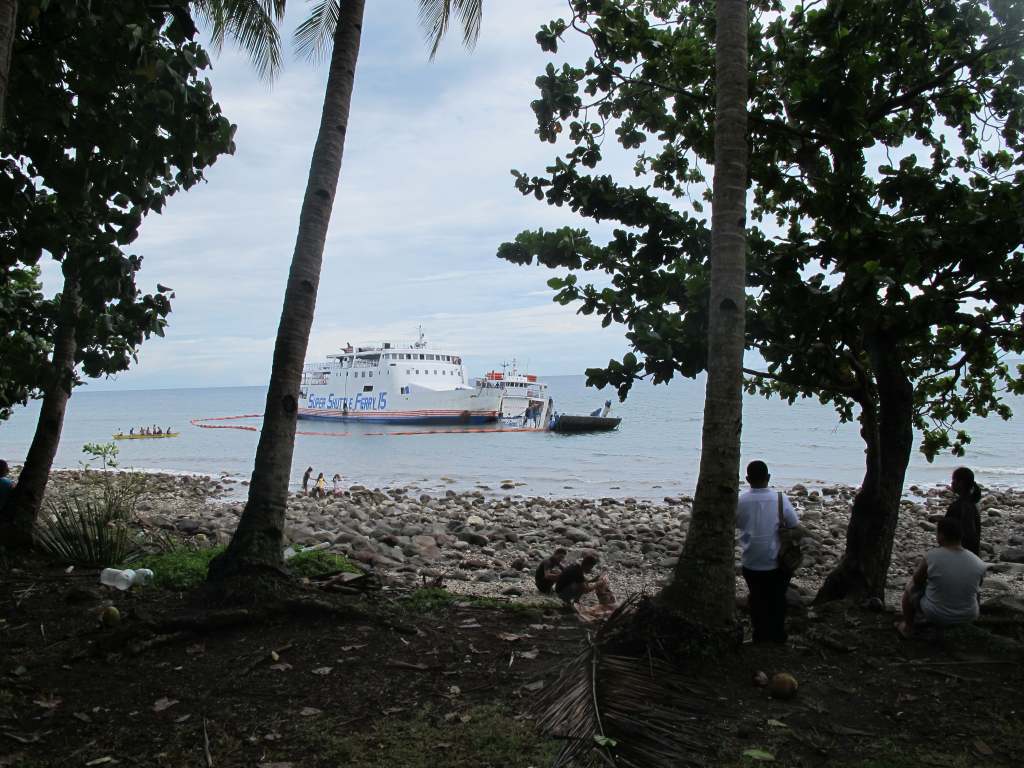 This part of the beach in Balbagon is often visited by divers. At the position of the two wrecked vessels one can find (could find) wonderful hard and soft corals.

More pictres are available on request. Please use the feedback form at the end of the article. All pictures are copyrighted by Silent Gardens.

Ferry Accident – what had happened?

There are still a lot of different stories told around the island. We report the most obvious one:

Super Shuttle Ferry 15 had plied the route from Cebu to Camiguin in the night from Friday to Saturday, November 21 to 22. The crew then discovered water entering below the water line around the tail shaft. The responsible officer then decided not to sail back to Cebu but wait for a tug to be brought to Cebu.

Instead of dispatching a tug boat with strong engines from Cebu, the company decided that the much smaller and much under-motorized Super Shuttle Ferry 11 should tow the big number 15 to Cebu.

Yesterday they started the operation when sea had been rough and wind blew at 35 km/h. They completely underestimated the strong drifts on this coast. The drifts, the waves and the wind together pushed the two boats northwards and towards the coast. The weak engine of Super Shuttle Ferry 11 had no chance.

Instead of cutting the tow rope and safe at least number 11, the two ships collided and ran on ground in the coral blocks.

Without heavy gear, the rescue team has to wait for the next very high tide and hope to get the two ships afloat. We aren’t mariners and we aren’t rescue specialists. Therefore we do not comment but keep our ears and eyes open.

No ferry at all

A coast guard officer told us that there would be no ferry operating from or to Camiguin all day today. Tomorrow we’ll see. We also wonder what will happen on Friday night. Will there be another ferry plying the route between Cebu and Camiguin? Stay tuned …