Formation of a significant Tropical Cyclone is possible 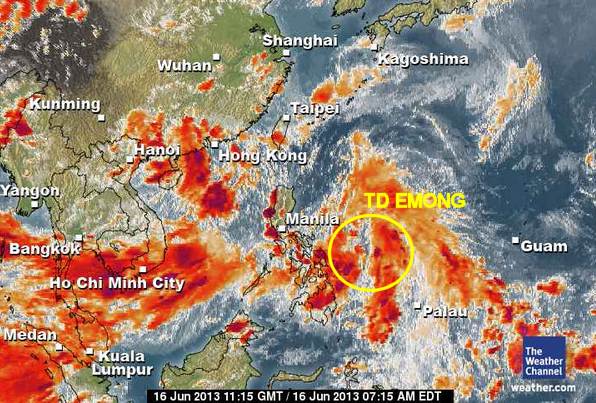 The Low Pressure Area (LPA) estimated East of Surigao City has developed into a Tropical Depression and was named “EMONG”.

The transformation of The Low Pressure Area into a significant Tropical Cyclone is possible over the Philippine Sea, east of Bicol or Eastern Luzon within the next 24 to 48 hours.

Estimated rainfall amount is from 5 – 15 mm per hour (moderate – heavy) within the 300 km diameter of the Tropical Depression.

Tropical Depression “EMONG” is still far to directly affect any part of the country. However, it will bring moderate to occasionally heavy rains and thunderstorms over Southern Luzon, Visayas and Mindanao.