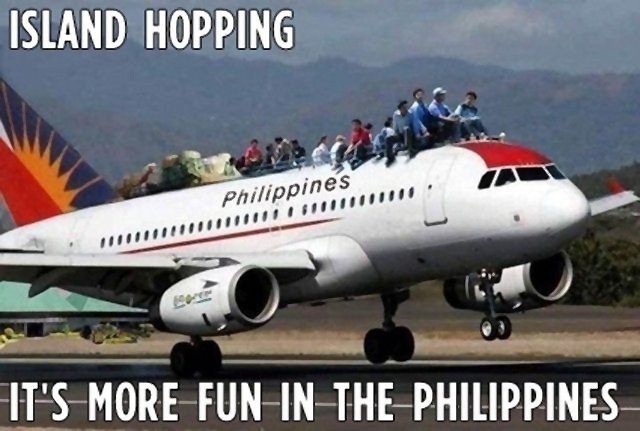 Good news ONE: Pay less!
The Manila International Airport Authority (MIAA) announced on Wednesday that the terminal fee for international flights from the Ninoy Aquino International Airport will go down from PHP 750 to PHP 550 effective February 1, 2012.
In 2007 MIAA had introduced an additional P200 collection for improvements in airport security. The duration of this additional fee had been limited to 5 years.

Good News TWO: Radar soon working again
The TRDD radar, which is used by air traffic controllers to identify all aircraft that are within the 60 mile-radius of the airport, has been broken since December 26, 2011. CAAP’s Air Traffic Service informed that “According to our maintenance people, they expect the radar to be operational by Monday or Tuesday”.

Good News THREE: Air-Jeepney
We already informed you about the new Philippines Tourism campaign and the creativity of the Pinoys.
Here comes the Air-Jeepney: