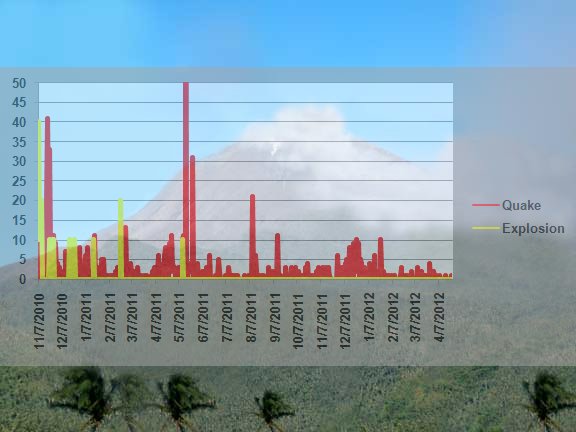 In their bulletin from April 24, 2011, PHIVOLCS informs that they lowered Bulusan Volcano’s status from Alert Level 1 (abnormal) to Alert Level 0 (normal).

Mount Bulusan in Sorsogon had shown increased activity since November 17, 2010.

PHIVOLCS now lowered the Alert Level to 0 because:

However, the public is reminded to avoid entry into the 4-kilometer Permanent Danger Zone (PDZ) due to the perennial threat of sudden phreatic eruptions and rockfalls on the upper slopes. Furthermore, people living in valleys and along active river channels are cautioned to remain vigilant against sediment-laden streamflows and lahars in the event of heavy and prolonged rainfall.