Super Typhoon HAGUPIT/Ruby’s central is going down to incredible 900 hPa !!! Only 5 hPa from  HAIYAN/Yolanda. The forward speed is slowing down from 31 to 20 km/h. Beware of this extremely catastrophic cyclone! 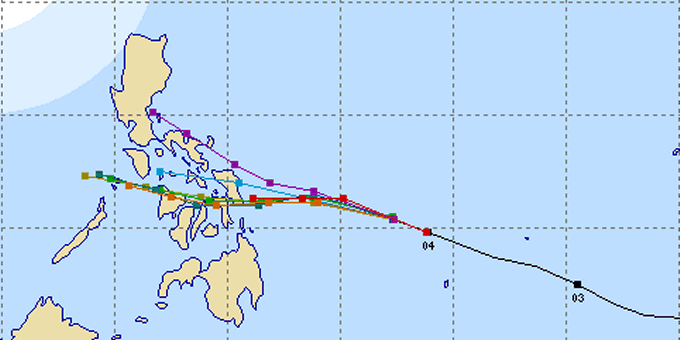 The US Navy went a bit south-west, the Asian agencies moved a bit north and PAGASA stays somewhere in the middle. Choose your favorite track! Nobody knows at this moment. This is really the silliest situation I’ve experienced in the last 7 years. 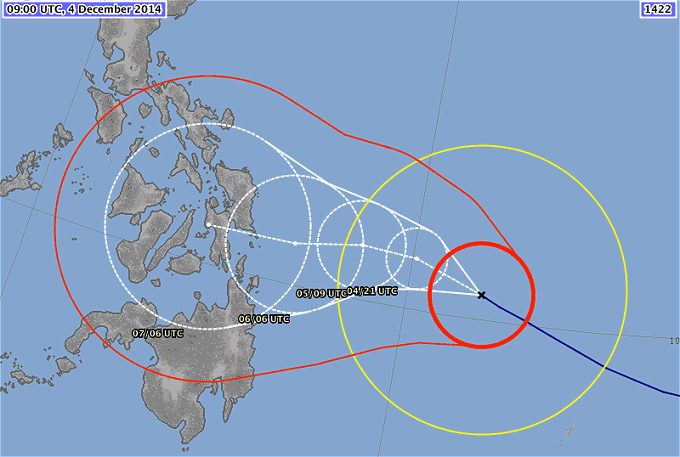 Next update tomorrow morning before breakfast!