Have a refreshing shower 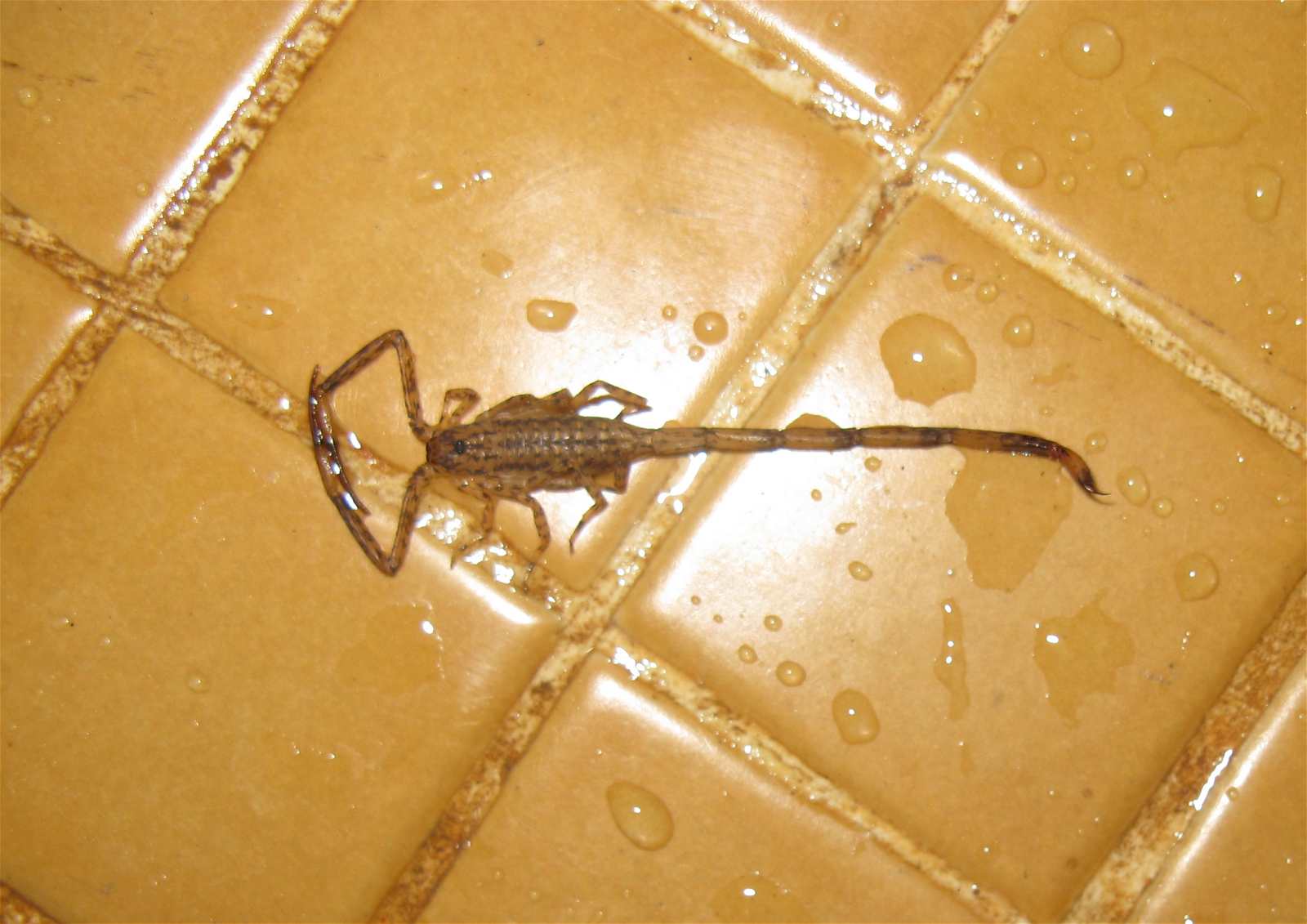 Yesterday evening I wanted to have a refreshing shower after a long day of work. But no, there was a squatter in the shower. Not knowing if this scorpion is poisonous, I took a photo and posted it in an Internet forum.

I got the guy out and had my shower, knowing that I had had a Isometrus maculatus as guest in my house. Sometimes such an Internet forum can really be useful. There are experts of anything, sometimes thousands of miles from you, and they read your postings and help you.

with my remote friends’ information I could ‘google’ and found that the venom toxicity of this scorpion is mild to moderate. When placed on a scale from 1-5, where 1 is mildly toxic venom and 5 is extremely toxic venom, it is a 2.

And by the way, my zodiac sign is Scorpio

Update 2017-02-26: Astonishing, after about 9 years, this old article appeared again on the internet. See also the comment below. I decided to refresh it just a little bit: put a bigger picture of my shower squatter and adapt the font to the new style.