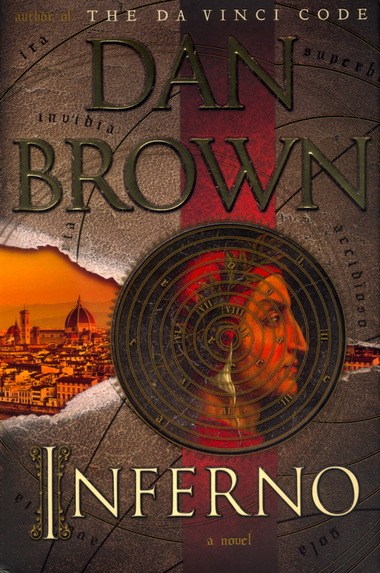 Dan Brown’s description of Manila as “the gates of hell” in his new novel “Inferno” has upset lots of people in the Philippines.

“Langdon finds a bio-hazard cylinder in his jacket. He decides to call the US consulate. They tell him they’ve been looking for him and want his location. He gives them a location near the apartment out of respect for Sienna’s privacy. Then he looks from the apartment window and, to his dismay, he sees Vayentha pull up to the location he gave and go in holding her pistol. The US government wants to kill him, and Robert’s only chance for survival is to figure out what the biohazard cylinder is. He opens the cylinder and finds a medieval bone cylinder fitted with a hi-tech projector that projects a modified version of Botticelli’s Map of Hell.”

What makes the Pinoys upset is the way “Dr. Brooks” describes her stay in Manila:

The 32-year-old, blond-haired English doctor goes to the Philippines to provide humanitarian care to people in the countryside. But her group instead “settled in among the throngs in the city of Manila–the most densely populated city on earth,” where Dr. Brooks could only “gape in horror” as she “has never seen poverty on this scale.”

For every person she fed, Dr. Brooks could see hundreds more gazing at her with desolates eyes. The book goes on to describe city as filled with six-hour long traffic jams, suffocating pollution and horrifying sex trade, where young children are “sold to pimps by parents who took solace in knowing that at least their children would be fed.”

She saw all around her humanity overrun by its instinct for survival. “When they face desperation…human beings become animals,” she thought.

Dr. Brook’s depression quickly turned into frantic mania that sends her running from it all, her feet leading her to a shanty town, where babies are wailing and the air is filled with the stench of human excrement.

“I’ve run through the gates of hell,” says Dr. Brooks, shortly before a group of men assaulted her. She barely escaped rape with the help of an old, deaf Filipina, the city’s redemption.

“More than your portrayal of it, Metro Manila is the central of Filipino spirit, faith and hope. Our faith in God binds us as a nation and we believe that Manila citizens are more than capable of exemplifying good character and compassion towards each other, something that your novel has failed to acknowledge. Truly, our place is an entry to heaven.”

[Editor’s comment:] Mr. Tolentino is wrong, very wrong. Manila is absolutely not the central of Filipino spirit. The Filipino’s world is his Barangay today. What happens outside, happens in another world. What happened yesterday is the past, one can not change. And what comes tomorrow, bahala-na!

Mr. Tolentiono should immediately copy Paris, London and Rome. In those cities a real “Dan Brown” tourism started after “The Da Vinci Code” and “Angels & Demons”. Every day hundreds of tourists in these capitals follow the steps of Robert Langdon. Why not in Manila?