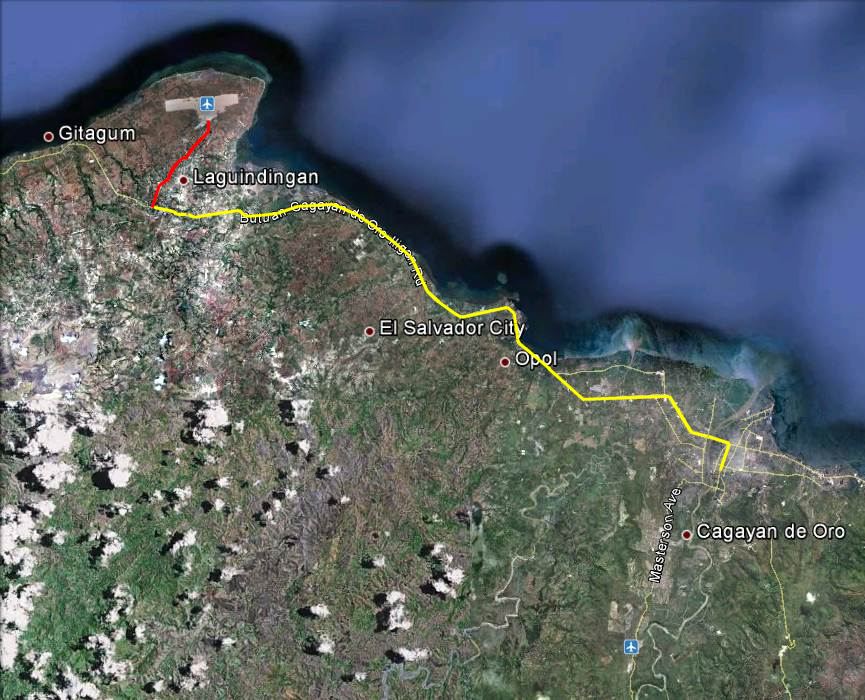 Laguindingan Internatinal Airport between Cagayn de Oro and Iligan got a new name: “Di Malandingan”. This local word means in plain English “Not clear for landing”.

The CGY airport operates since its opening last year like any 3rd class provincial airstrip. The pilots are on their own to find the runway, to see it and then to decide whether to land or not. And they do not fly in with a small Cessna or other 4-seaters. No they come in with Airbus A320 in maximum one-class configuration with up to 180 passengers on board.

The whole electronic equipment for IFR (Instrument Flight Rules) is still missing in CGY, Laguindingan Internatinal Airport .  And now we learned that the target deadline to have lights and air navigation equipment fully installed and operational  has been moved from June to November. – Of what year?

The contractor for this equipment says, that they can only work during the night, when there are no flights.
Meanwhile the CAAP (the Civil Aviation Authority of the Philippines) reported daily cancelled or re-routed flights from January 10 to 22. Before and after there had been only cancellations every second day.
And CAAP, as usual, has immediately found the one, who is responsible: The technical problems, are mainly due to inadequate facilities and the work being done by the contractor.

Incredible! Who forgot to order the equipment? Who is managing the project? CAAP!

[Editor’s comment]: This morning I had to bring somebody to CGY aiport. The flight had been scheduled for 06:45 a.m. (5J 382). We had to leave the hotel in Cagayan de Oro at 4:00 a.m. because the national highway between Cagayan de Oro and Laguindingan is one big construction site. We needed only 45 minutes to get there, because everybody normal was still sleeping.
I had been very astonished to encounter a fully lit, 4 lane highway from Laguindingan village to the airport. I felt , like I were driving to Suvarnabhumi airport in Bangkok and not to a provincial airport in northern Mindanao. (In red in the satellite image below).

When I drove back to Cagayan de Oro at 5:00 a.m., I needed already over an hour. The first jeepneys and tricycles and pedicabs started to slow down all the traffic.

So I repeat my request: Give Laguindingan Internatinal Airport to the Philippine Airforce (PAF) and move commercial aviation back to Lumbia. 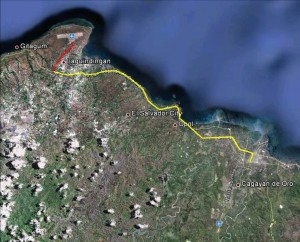