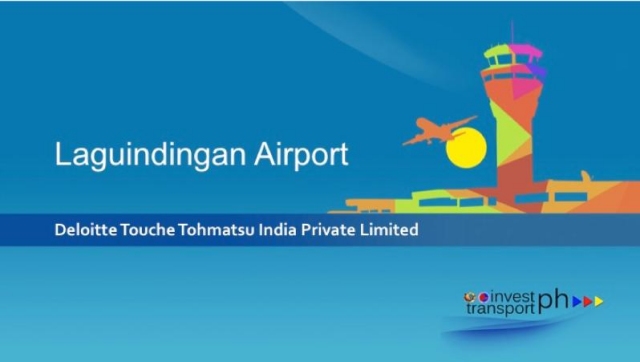 AirAsia Zest announced that they cease operation in CGY/RPMY by end of March 2014.  At present, there is no navigation information available for Laguindingan. It is still being processed. For the mean time, the airport is purely VFR SRSS, meaning Visual Flight Rules from Sun Rise to Sun Set.

CAAP says that IFR equipment will be installed in second half of 2014. We’ll see!

One has to read the report between the lines. The 2008-2012 growth had oocurred in Lumbia Airport. Since the report had been published, AirAsia-Zest has announced to stop operation in Laguindingan. 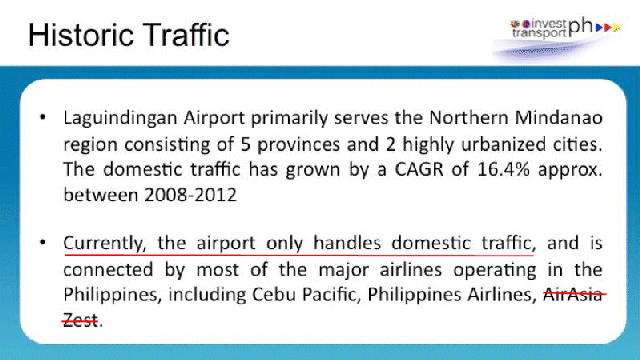 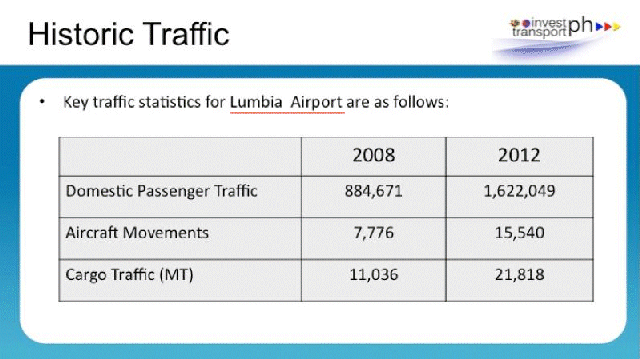 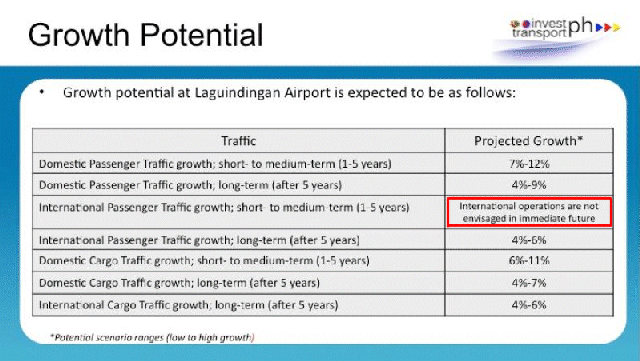 Oh, no international operations in the near future! A growth of 7 to 12% in domestic passenger traffic in Laguindingan? The overall Philippines growth is estimated at 3-5%. Can you explain?

Knowing that goal of this presentation is (was?) to find potential private partners and investors to move the concession of the airport from the public sector to a mixed public-private partnership, one can understand that many facts are embellished. Let’s continue with the project outlook: 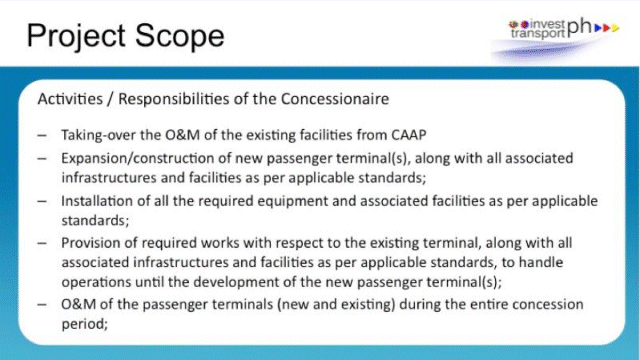 Here is something going wrong! The existing terminal building had been inaugurated only 8 months ago. And now they already want (need?) to extend. And which are applicable standards – and in what domains? 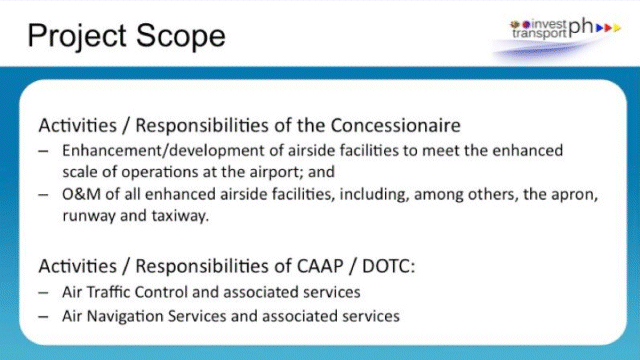 ATC (Air Traffic Control) and Navigation Services will remain in the hands of CAAP / DOTC!

Within 13 months the Concession Agreement with the future PPP concessionary should be signed. Maybe! It took 15 years (only) from the idea to a halfheartedly working airport. The execution phase of the project needed 6.5 years. 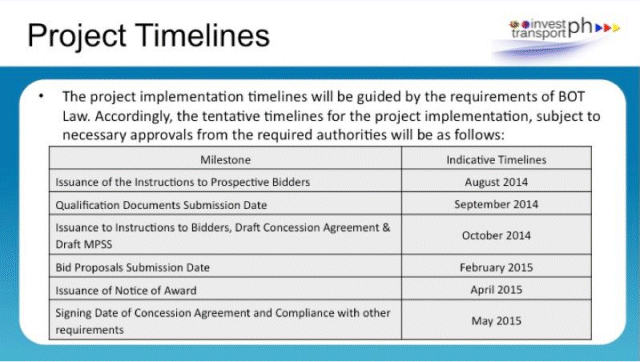 An additional 360 to 550 USD investment awaits the future partner over the next 30 years. The DTTI slides do not explain whether these investments are overall or by phase. And as usual in the Philippines, not one peso had been allocated for maintenance. And where is the risk analysis? 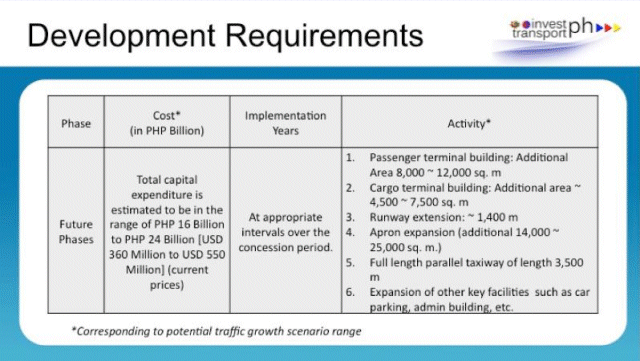 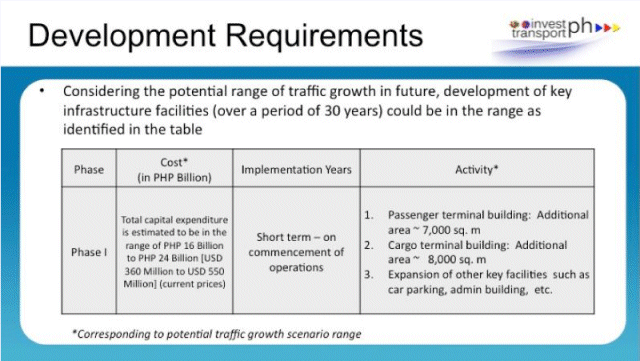 Make up your own opinion …