Super Typhoon KOPPU/Lando has made Landfall between Baler and Casiguran in Aurora province around 01:00 a.m. this morning. Cyclonic winds had previously reached speeds of over 200 km/h. Forward speed has completely broken down and is only 3 km/h at this moment.

Here in Camiguin, 820 km south-east of Aurora, we encounter gusty winds and high waves. But at least it is sunny. And we need the sun, because power has again broken down around 4 a.m.

Shortly before cyclone KOPPU/Lando had reached the cost it had again intensified and had been upgraded to a Super Typhoon Category 4. As forecasters predicted, the forward speed of the storm has now completely broken down. It is currently estimated to be only 3 km/h in western direction. 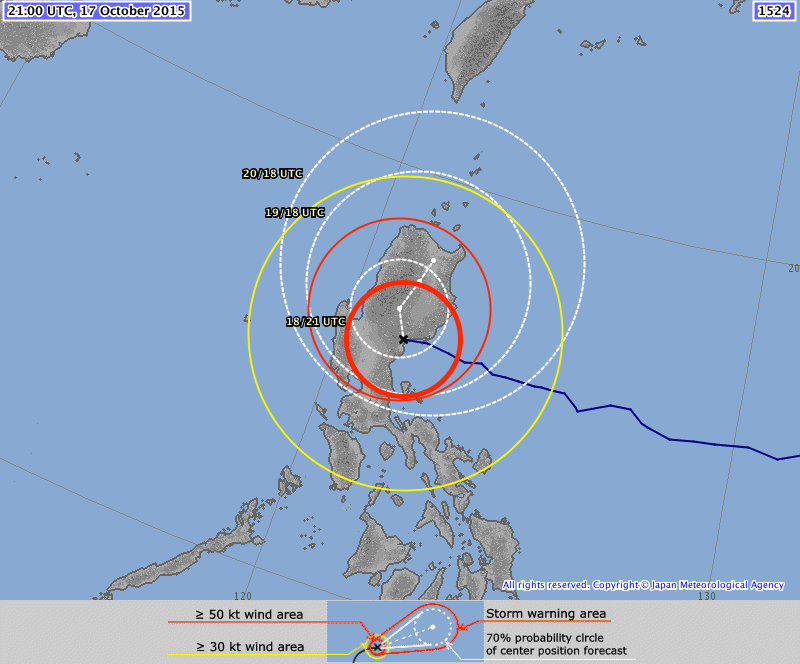 All agencies predict that KOPPU/Lando will stay over northern Luzon during 2 to 3 days.

Project Noah is a great help 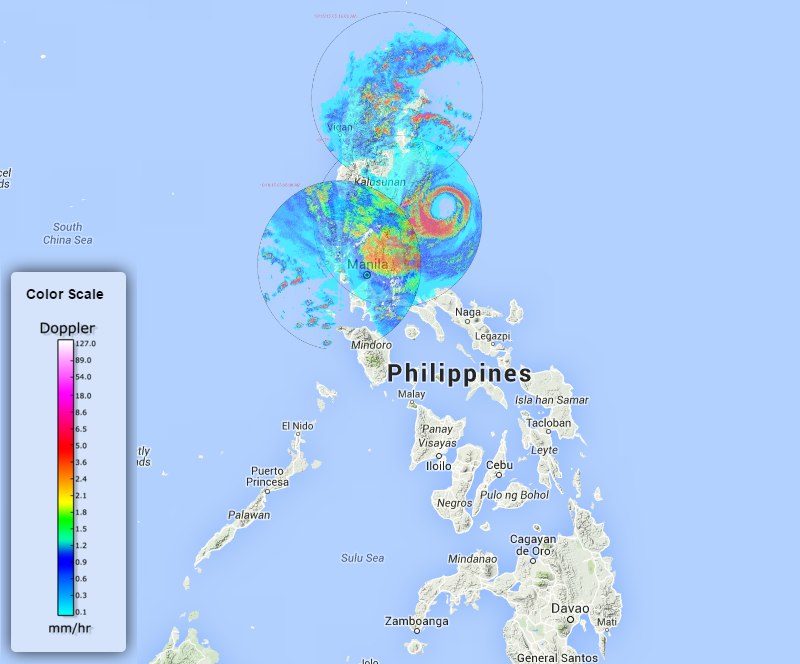 The website of DOST’s Project Noah is now working well. Above we’ve put the layers of the 3 Doppler Radars in Aparri, Subic and Baler. Radars that use the Doppler effect can measure the density of humidity and rainfall at large distance. Have a look into Project Noah.

Next update when power will be back.