Tonight you should have a look in the sky. The moon will completely hide in the Earth’s shadow. Here in the Philippines we are in a particularly good position because the maximum of the eclipse will happen over Guam.

Here is the time-table of the event:

The most interesting moment will be from 9:30 PM to 10:30 PM when the moon transits from partial eclipse to full eclipse. The weather should not be to bad. Especially in the southern regions the sky should be clear. Some local clouds can temporarily hide the moon. As the phase of total eclipse lasts for over 51 minutes, you should have a chance to see it. 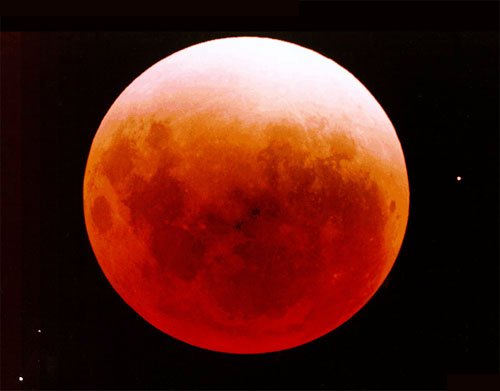