Qatar Airways CEO, Akbar Al Baker, told CAPA at the 17-Feb-2016 Singapore Airshow that the airline plans to launch daily service to Cebu by the end of 2016, initially using 787-8s. Our thanks go to our reader Chris who sent us the information. 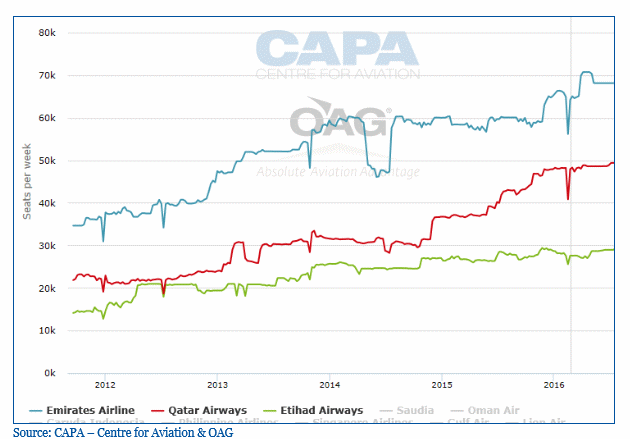 Emirates plans to serve Cebu and Clark with a daily 777-300ER flight on a Dubai-Cebu-Clark-Dubai circle routing. Mr Akbar said that Qatar plans to maintain its daily Doha-Clark return service as it launches Dubai-Cebu.

As a result, Qatar plans to operate 28 weekly flights to the Philippines by the end of 2016 compared with only 14 in Sep-2015. As CAPA has previously highlighted, Emirates is expanding its Philippine operation from 14 to 25 weekly flights in late Mar-2016, giving it 21,400 weekly seats in the Philippine market.

Qatar will resume service to Mactan-Cebu

Qatar dropped Cebu, which also enjoys an open skies regime, in Mar-2012. Qatar initially launched services to Cebu in late 2003 as a tag with Singapore, and prior to its suspension the city was served daily with A330-200s.

Doha-Cebu was unprofitable with the A330-200 because of the relatively low yields in the Cebu market but Qatar is confident that the route can be viable with more efficient new-generation aircraft. Mr Akbar said Doha-Cebu will operate initially with the 787-8 and eventually be transitioned to the A350 as more A350s are delivered. A launch date has not yet been set as it hinges on aircraft delivery schedules, but Qatar expects to commence the new Cebu service in 2016. 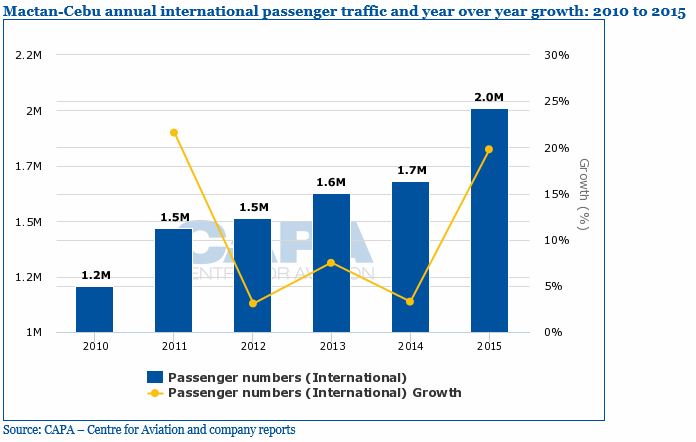 [Editor’s comment:] We can feel it – Mactan Cebu is really developing. There is still a lot of improvement to do, but we trust in the Indians. But there is a big other question. One can travel very long distances without encountering any problem. But when it comes to local transportation the struggle begins. Why are Philippine city counsels not able to create reliable local transportation?  This is the “No fun factor in the Philippines”. About 100 Million “Pinoys” are wondering if they can change something in May 2016.