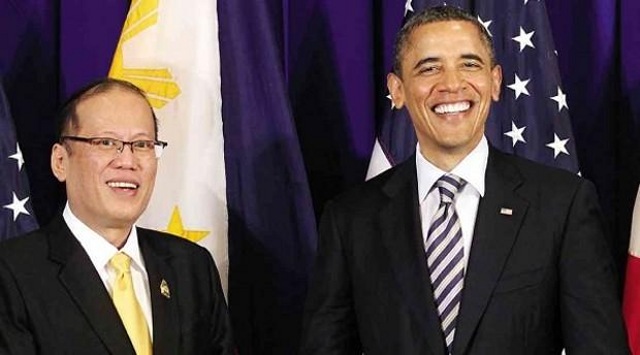 Manila Airport had been closed at noon time today. Why? US President Barak Obama arrived.

Again, this shows the status of security in NAIA (Ninoy Aquino International Airport) in Manila. Imagine London’s Heathrow had to close down every time a member of the Royal Family flies. The Queen wouldn’t be amused! God save the Queen.

Captain John Andrews, the Civil Aviation Authority of the Philippies said, that the terminals will also be closed for President Obama’s departure tomorrow from 12:30 noon to 1:30 p.m.

And yes, Captain John Andrews is still deputy director of the CAAP. Well, he missed his personal goal, FAA Cat.1, by only 3 months. This miss is not too bad, thinking in Filipino time.  But that’s another story.

The United States and the Philippines have reached a 10-year agreement that would allow a larger US military presence in the country as it grapples with increasingly tense territorial dispute with China.

A no-fly zone around Ninoy Aquino International Airport (NAIA) has been declared during President Obama’s arrival today and his departure tomorrow.
Meanwhile, there is also a no-sail zone on Monday on  Pasig River, where Malacañang Palace can be found.

Short: No fly, no sail, no Chinese. Have a nice stay in Manila, Mr. President.