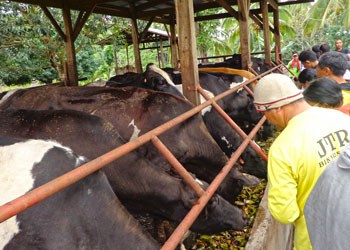 MAMBAJAO, Camiguin, June 7 (PIA) — Farmers as well as children will soon benefit from a new dairy farm, expected to open this month in the province of Camiguin.

The first on the island and located in Mt. Campana, the pilot dairy farm will house 25 dairy cows, loaned from the National Dairy Authority (NDA) for PHP 140,000 each.

Dr. Louis S. Bollozos, chief of the Provincial Veterinary Office, said the cows are already pregnant and in four months will be able to produce milk. Bollozos estimated each cow can yield at least 10 liters of milk daily.

The NDA also loaned two milking machines and other farm implements needed to the provincial local government unit (PLGU). Named the “Camiguin Pilot Dairy Production Farm,” the facility will be operated and maintained by the PLGU, which will in turn enter into a contract growing agreement with the local farmers to supply food for the herd. 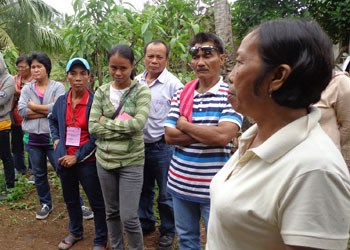 The government will buy 77-day-old chopped corn plants at P2.10 per kilo to serve as feeds for the cows. Cutting may be done manually or by use of machine, which the PLGU is also willing to provide. Meanwhile, Camiguin Governor Jurdin Jesus M. Romualdo earlier revealed his plan to use the milk collected from farm for its nutrition program.

Priority schools identified with most number of underweight/malnourished children will first benefit from the farm’s fresh harvest. (JCV/PIA) Photos courtesy of heifer.org

[Editor’s comment:] Wonderful idea. Up in the hills and mountains of Camiguin Island the cows will find good grass and corn. With 25 animals the farm has exactly the size of an average Swiss milk farm (24 cows). The average daily milk production of 10 liters is behind the 18 liters in Switzerland. But this depends on the race and environment. 10 liters are a very good start.
I do not understand why they need 2 milking machines for the 25 cows. These machines need electricity, which is very expensive in Camiguin. They also need maintenance and they must be kept absolutely clean. Wouldn’t it be more economic to learn 10 people milking practice? First it’s funny to milk a cow and second it will give work to 10 mountain people.

I am looking forward to my first real Camiguin fondue.