Countries whose nationals may enter the Philippines without a visa for a stay not exceeding thirty (30) days under E.O. 408, provided these foreign nationals are holders of a passport valid at least six (6) months, beyond the period of stay in the Philippines and return or outward bound tickets to country of origin or next country of destination. 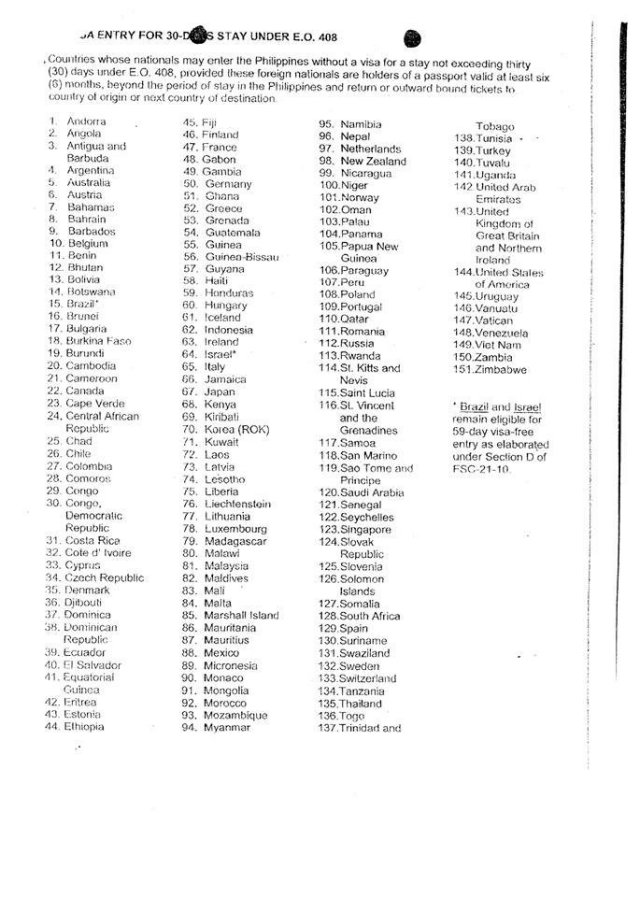