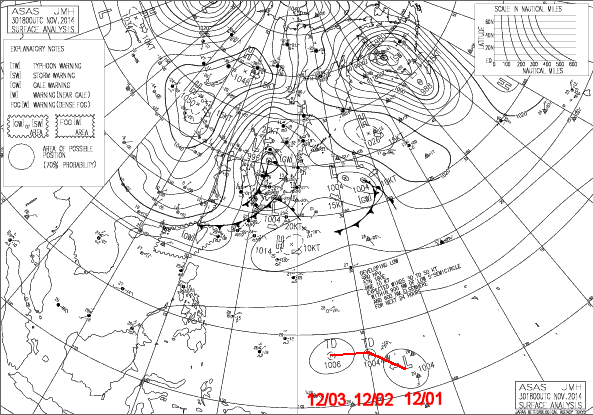 A new Low Pressure Area  is developing east of the Carolines islands. JMA (Japan Meteorological Agency) predict a Tropical Depression in their 24 and 48 hours outlook. This system has the potential to become a strong tropical cyclone. 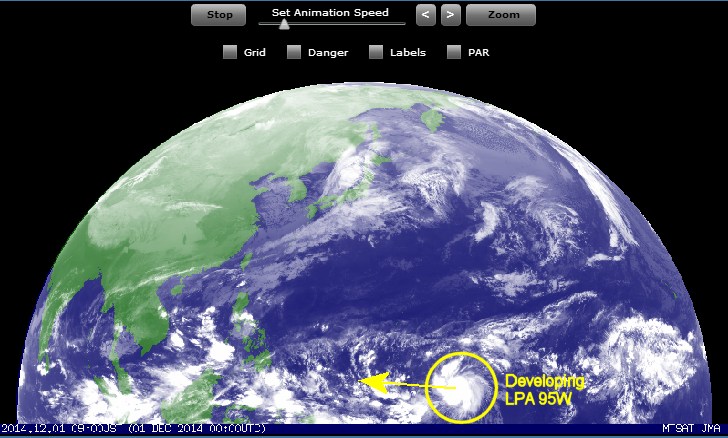 Tropical cyclones form due to latent heat driven by significant thunderstorm activity, and are warm core with well-defined circulations. Certain criteria need to be met for their formation. In most situations, water temperatures of at least 26.5 °C (79.7 °F) are needed down to a depth of at least 50 m (160 ft). Waters of this temperature cause the overlying atmosphere to be unstable enough to sustain convection and thunderstorms. 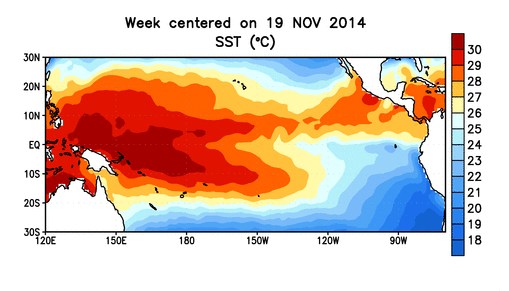 Another factor is rapid cooling with height, which allows the release of the heat of condensation that powers a tropical cyclone. High humidity is needed, especially in the lower-to-mid troposphere; when there is a great deal of moisture in the atmosphere, conditions are more favorable for disturbances to develop. Low amounts of wind shear are needed, as high shear is disruptive to the storm’s circulation.

Lastly, a formative tropical cyclone needs a pre-existing system of disturbed weather, although without a circulation no cyclonic development will take place. Mesocyclones form as warm core cyclones over land, and can lead to tornado formation. Waterspouts can also form from mesocyclones, but more often develop from environments of high instability and low vertical wind shear. (from Wikipedia)