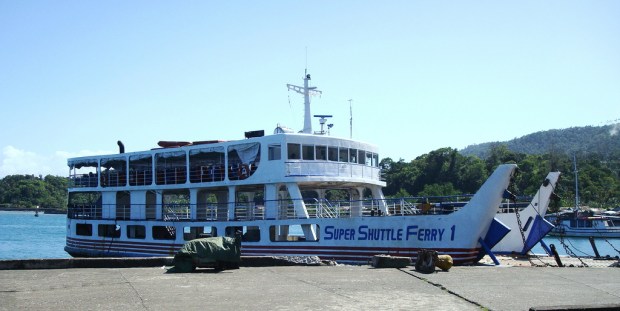 At least 300 passengers got stranded in Camiguin last Sunday because their Ferry, actually Super Shuttle Ferry 1  reportedly had 70 more passengers on board than the maximum number of 270 passengers it is allowed to carry.

Philippine Coast Guard (PCG) personnel barred Super Shuttle Ferry 1 from leaving port. But boat captain Nomar Gilawan and his crew insisted that the excess passengers find a way to hide themselves from the PCG so that the boat would be allowed to leave.

The PCG commander of  Benoni Port, announced they would not allow the ferry to leave unless the passengers came down for inspection. Passengers obliged but shouted in disgust that it was fault of management for not implementing the rule that only those with tickets should be allowed to board.

Some of the passengers decided not to go back into the ship, had their tickets refunded and transferred to another vessel.

The increase in the number of passengers leaving the island was due to the long weekend brought by the All Saints’ Day and All Souls’ Day celebrations.