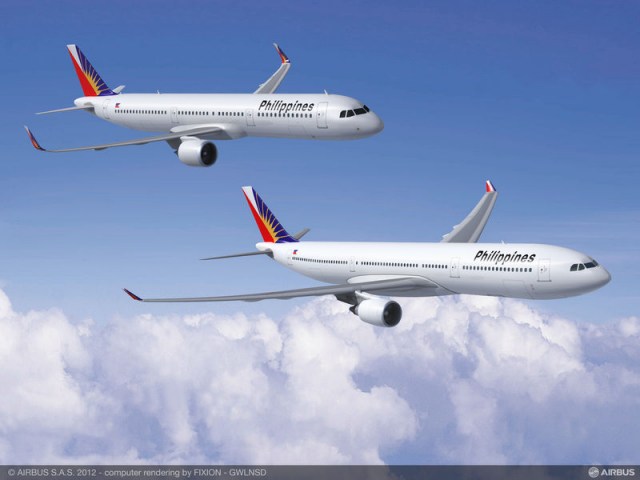 Philippine Airlines has cancelled an order for five Airbus A330-300 aircraft that was part of a multi-billion dollar order announced in 2012 involving the acquisition of 64 new aircraft from Airbus. Although Airbus recorded cancellations last month from Philippine Airlines, it compensated for the loss with a new order from PAL for 8 A321neo aircraft. This is in addition to the existing order for 10 A321neo aircraft placed in August 2012.

Philippine Airlines had to learn a tough lesson. Already in 2013 Philippine Airlines should have woken up and should have reconsidered their expansion plans . Flights to FRA , PAR, MXP , FCO and MAD are likely to remain dreams. Maybe a conditional lifting of the FAA Cat. 2 could come,  so that PAL could replace their A340 and B744 fleet against B77W, but they won’t get an increase of flight frequency.

The wishful thinking of PAL and so many others will probably not go into fulfillment .

The reasons are obvious :

The government and its agencies missed:

All these factors now play a big role in the future development of PAL. 4 billion pesos loss in the first year of Ramon Ang, there is not much room for further losses. PAL Holdings ends 1st year under SMC with PHP 4-billion losses and the opening of the LON route  also has produced only losses so far.

Airline insiders are wondering that Lucio Tan , who still owns 51% of PAL, remains so quietly watching. The PAL shares have continuously dropped from PHP 8.35 to 5.37  since the sale of 49% stake to SMC.

PAL has now to establish and defend its market. Otherwise one should remember what happened on 23 September 1998!

A joint venture of Tiger Airways/Cebu Pacific  and a fully merged AirAsia/Zest are all ready to go into the routes of PAL!