Puffer fish – a job for professionals only 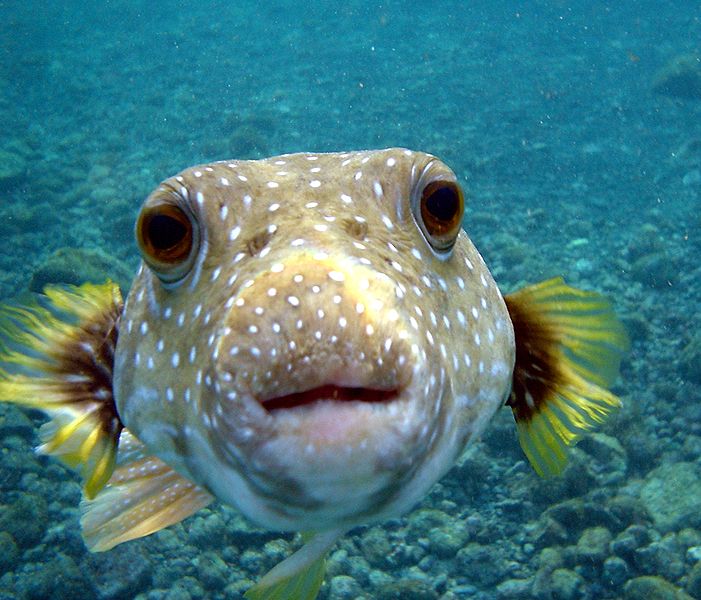 The local press reported that two children died and nine other persons were hospitalized in the town of Jomalig, Quezon, on Wednesday after eating toxic puffer fish for lunch.

Puffer fish, also known as Fugu, are believed to be the second–most poisonous vertebrates in the world, after the golden poison frog. Certain internal organs, such as liver, and sometimes the skin, are highly toxic to most animals when eaten; nevertheless, the meat of some species is considered a delicacy in South East Asia.

In Japan, cooks have to pass an exam before they are allowed to prepare Fugu. Here in the Philippines, anybody does it. Bon appetit! 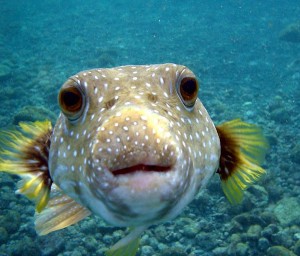 The press continues, saying that the victims were rushed by their neighbors to the town health center but the two children died while being treated by local health authorities. Despite its being toxic, puffer fish, properly rid of its poisonous substance, is popular among coastal villagers. he toxin found in puffer fish is tetrodotoxin, one of the deadliest poisons found in nature.

or does this report also mean that “It’s more fun in the Philippines?”