Roaring Habagat – the Philippines under Siege 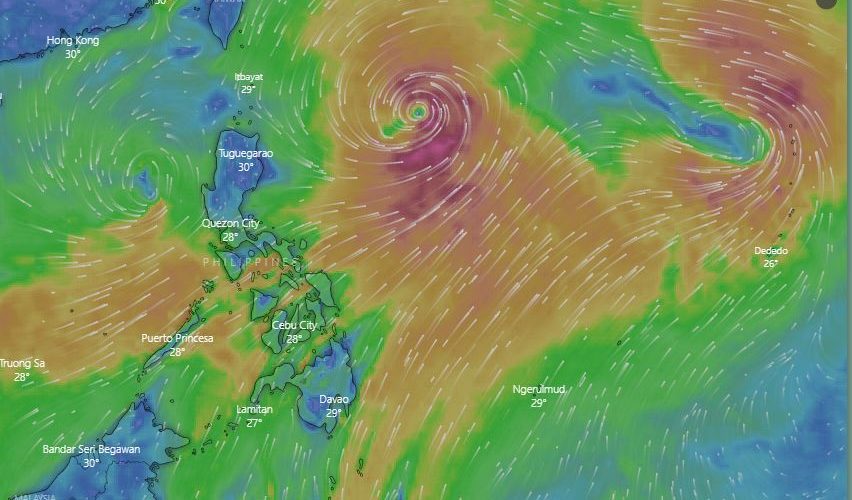 The Philippines are exposed to two seasonal weather systems. From November to June the north-eastern Amihan brings fresh and dry air from the Asian continent. Fro June to October the south-western monsoon brings blows in rather warm and humid air from the Indian ocean.

In the northern parts of the Philippines the Habagat season is known to be windy and rainy. Here in the south Habagat is welcomed to bring fresher air and some sparse rainfalls in morning or evening. But it depends on which coast you live on your island.

Ports in the Central Visayas (Cebu, Bohol) and Northern Mindanao (Camiguin and Balingoan) report that coast guard does not allow ferries to leave the ports. Wave heights can reach up to 14 ft, 4.2 meters.

Contact your ferry company or the your port of departure. Maybe they take the risk. Do you?

A hard job for the pilots, but aircraft are still operating. Some airlines have the (usual) delays, but they all still fly. Happy are the airports providing a 03/21 runway. Panglao International Airport is just perfect. There is almost no crosswind. Camiguin is happy with a 07/25 runway. Cagayan de Oro has a 09/27 runway. This is also acceptable. But Butuan Bancasi is with its 12/30 runway exposed to crosswinds.

What is happening just now?

Below a “Windy” snapshot shows the wind streams over the Philippines. The animated wind-flow is available here and here. 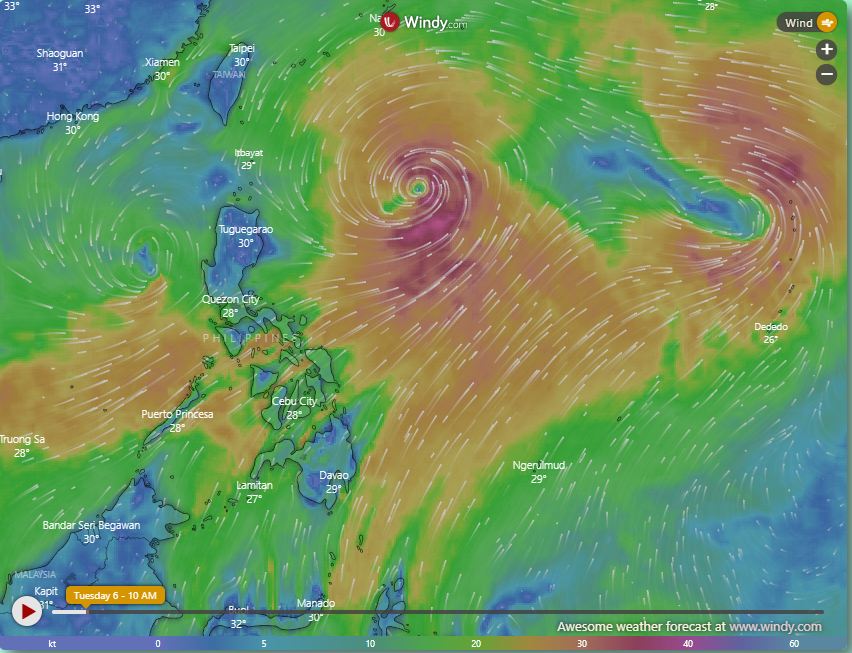 No, it isn’t a typhoon. But amplified Habagat can be very violent. On many islands in the Visayas and northern Mindanao ferries do not sail. The winds with gusts up to 80 km/h throw high waves.
For instance many ferry links from Bohol are interrupted. Camiguin is having no ferries now for 3 days.

And even on the islands you encounter dangerous situations. Frank Wolf from Tongatok resort sent me this picture: 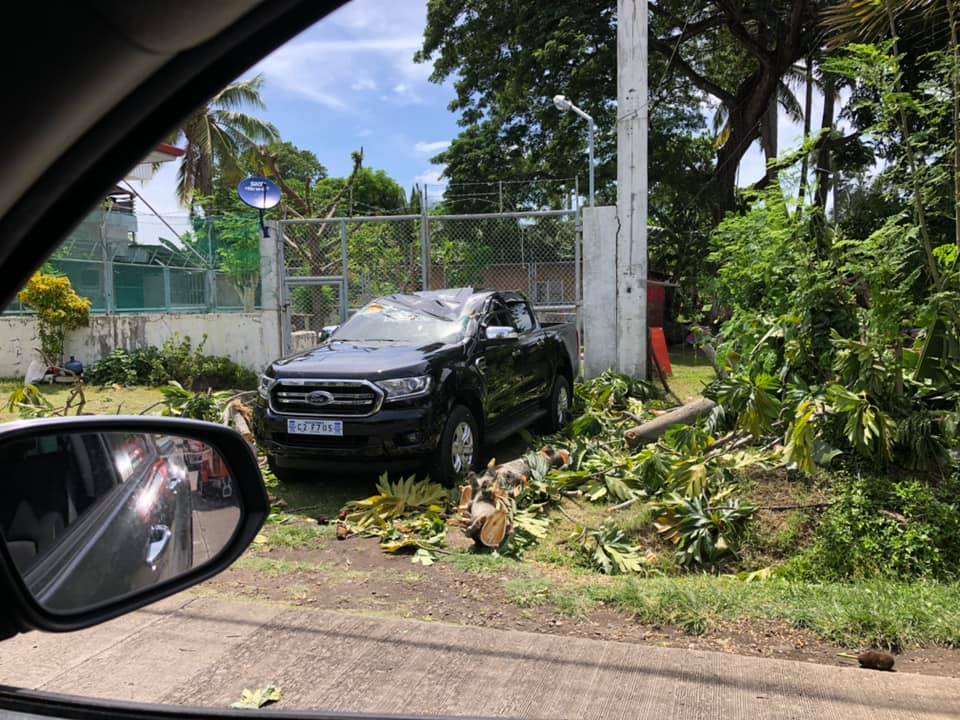 This rather new car caught a falling tree in the centre of Mambajao, Capital of Camiguin island.

Also this tree on Agoho cemetery got uprooted and crashed on the graves. Worse, between Kuguita and Baylao a fully grown Mango tree fell over the highway. Sorry, no photo, I had to drive around the tree. Ne sweet mangoes.

2019 seems not to be a usual year. It started already in December/January. Weather had been too fine and the south of the Philippines got almost no rain. Then we experienced and still encounter a new El Niño season. This is only 3 years after the 2016 drought.  And now the yearly Typhoon Season is starting rather late. Usually the first typhoons hit the northern islands of the Batanes group in June or early July.

With the sun coming now faster back south, the first typhoons will soon come near, too near to the Philippines. Have a look on the weather maps. With a good 7 days outlook you should have enough time to protect your belongings and move to a save place.