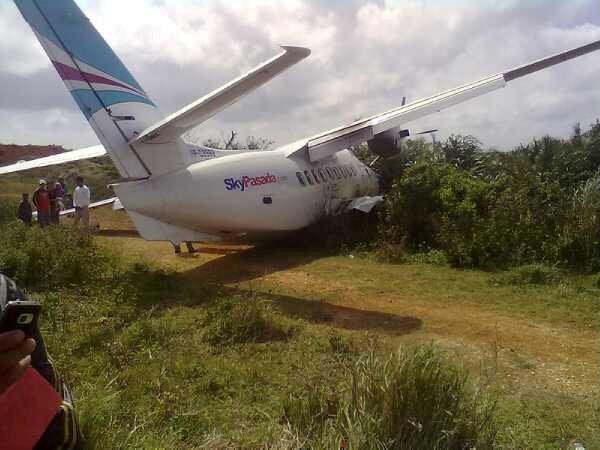 You may remember the aircraft thet had been blown off the runway in Itbayat (Batanes) last Thursday. If not, see here: Off the runway!

A friend transmitted us a picture of the aircraft in the bushes. Thanks Dino.

The photo does not give any hints about the status of the aircraft. The landing gear is gone but what about the structure?

The Sky Pasada Letov LET410 is (was?) the first one that had been adapted to the newest security regulations (EASA standards). It’s a pity. Sky Pasada is known to be a “No Risk” Operator. Why didn’t the pilot go around?