Some Facts about Earthquakes in the Philippines in 2011 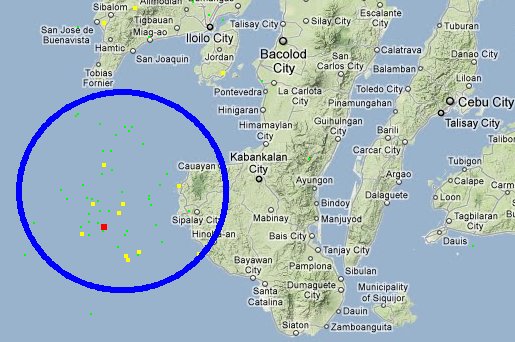 We only count earthquakes whose origins were within the Philippines, although there could be felt some earthquakes from outside places.

There are different elements that make you feel an earthquake and that determines its destructiveness. These are the magnitude (the strength of the shock), the depth of the origin, the direction of the movement (horizontal or vertical), the kind and composition of the underground and last but not least the location of the epicenter. 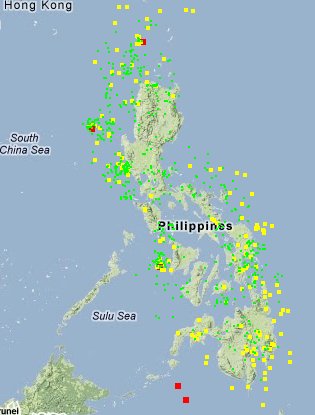 Magnitude
Of the 814 earthquakes the following magnitude distribution was measured:

Fortunately only the earthquake swarm near Sipalay (Negros occidental) caused some damages in Sipalay and Cauayan. Nobody had been hurt or killed. The initial shock had been strong (magnitude 6.2) and shallow (only 4 km deep). 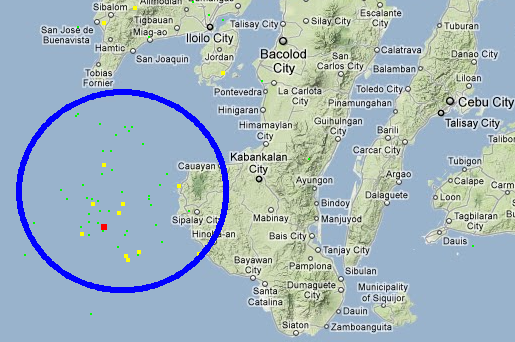 The interactive 2012 earthquake map is here