The Bureau of Fisheries and Aquatic Resources (BFAR) warns of eating  of shellfish caught in Dumanquillas Bay in Zamboanga del Sur province, Murcielagos Bay in the provinces of Zamboanga del Norte and Misamis Occidental, and Balite Bay in Davao Oriental.

All types of shellfish and alamang gathered from these areas are not safe for human consumption.
Eating shellfish with red tide can cause paralytic shellfish poisoning, which can lead to death. Symptoms include tingling of the lips and tongue, which may start within minutes or develop within two hours. 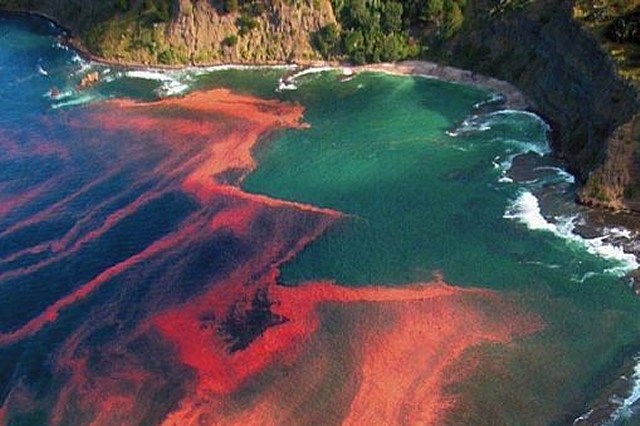 The bureau stressed, however, that fish, squid, shrimps and crabs are safe to eat, provided that they are fresh and washed thoroughly, and internal organs such as gills and intestines are removed before cooking.

These outbreaks are commonly called red tides, but scientists prefer the term “harmful algal blooms” (or HABs). The term red tide erroneously includes many blooms that discolor the water but cause no harm, and also excludes blooms of highly toxic cells that cause problems at low (and essentially invisible) cell concentrations. Therefore, harmful algal bloom is a more appropriate descriptor.