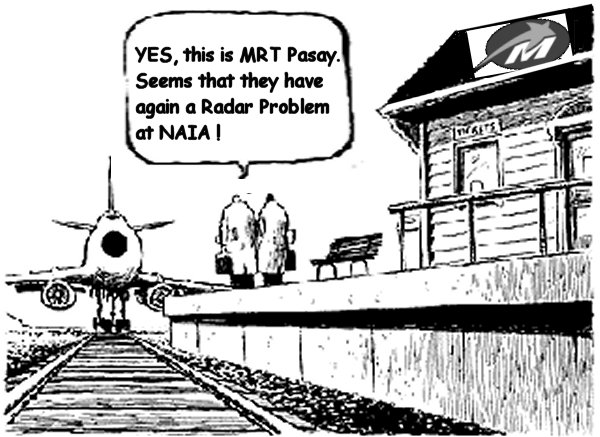 The PhilStar wrote:
The audit, presented to the DOTC’s civil aviation officials during a meeting last Friday, revealed the system has at least 20 major deficiencies or “non-conformity” to international aviation standards. The CAAP Employees Union earlier said the Manila ACC project is one of the graft-ridden projects undertaken by the DOTC during the Arroyo administration.

This morning at the Pasay MRT station … 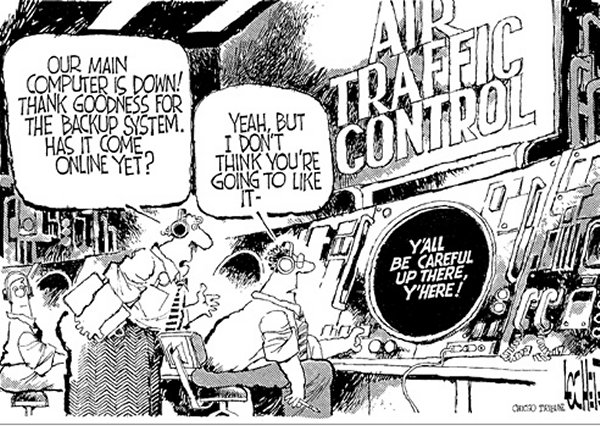 Among the serious deficiencies cited in the audit report is a lack of provisions to make the system “error-tolerant.” The system was never assessed for safety nor was it checked if it met the strict standards of the International Civil Aviation Organization, the CAAP auditors said. The system was found to be unserviceable and lacking in vital “interconnections.”

“Our air controllers don’t want to use it because it is not working and is problematic and they don’t want to be responsible if a tragedy occurs in the NAIA or in the other airport when they use it,” a source told PhilStar. Two major airlines have alerted the CAAP to two “near-collisions” when the CAAP tested the system and used it to direct air traffic at the NAIA last March, it was said.