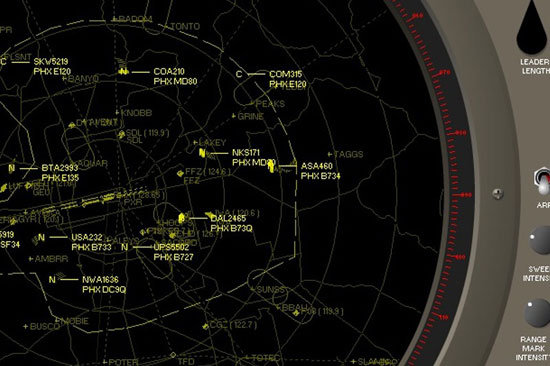 Above the clouds freedom seems to be without limits. Maybe! May, Reinhard May!

But below the clouds and inside the clouds, there is traffic around Manila’s airport as you find it on EDSA at 5 PM. At peak time, every 5 minutes a heavy carrier is flying in from our neighbor countries and from abroad.

As on EDSA at five, every one wants to be the first in line. But when a bump between two jeepneys may cost some pesos for a new lamp or some new varnish, a collision between two wide-body aircrafts may cost 600 and more lives.

This is why the Air Trafic Controllers use a radar system called TRACON.
This TRACON system (Terminal Radar Approach Control) allows terminal controllers usually to see and handle traffic in a 30 to 50-nautical-mile (56 to 93 km) radius from the airport.

Terminal controllers are responsible for providing all ATC services within their airspace. Traffic flow is broadly divided into departures, arrivals, and overflights. As aircraft move in and out of the terminal airspace, they are handed off to the next appropriate control facility (a control tower, an en-route control facility, or a bordering terminal or approach control). Terminal control is responsible for ensuring that aircraft are at an appropriate altitude when they are handed off, and that aircraft arrive at a suitable rate for landing.

The ATC of Manila and Cebu are blind

The air traffic controllers of Manila (MNL) and Cebu (CEB) cannot see the approaching and departing aircrafts because their TRACON equipment is down!

These poor guys and gals are in a permanent stress. They need to have the whole air-traffic in their heads, make a virtual picture of the situation and talk to the pilots all the time. For all the aircrafts in their sector of responsibility they have to memorize the aircraft type, its speed, its heading, its altitude.  They also have to know all  vital parameters of any aircraft type such as maximum banking angle and maximum descend rate. All this information is usually supplied by the TRACON system – when it works.

The TRACON systems of Manila and Cebu are down. What do the controllers do?
The only save solution is to bring enough distance in between the approaching and departing aircrafts. These distances need to be much wider than under TRACON, because the only working controlling instances are the airborne TCAS (Traffic collision avoidance system). 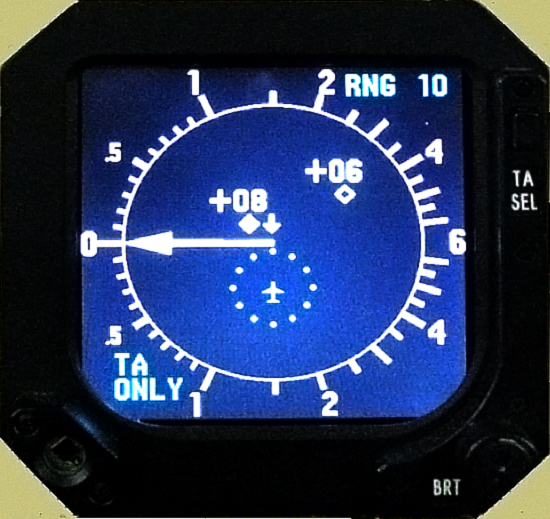 Here you see 2 other aircrafts within 10 miles of our own bird. One is left ahead and 0.8 miles above but sinking and flying toward us. This aircraft could become dangerous for us! The other one is also above, maintaining altitude and flying in the same direction. No danger!

And everybody gets mad

I recently came in with a a B777 wide-body from Qatar. We were on schedule, but Manila ATC made us circle during 1h30 between Taal and Banaue. Do you know how much this hour and a half costs an airline?

As from 09:30 AM none, but really none of the flights in NAIA take off on time. Around noon, you sometimes wait up to an hour with your plane, emgines running, until you get your OK for take-off. It’s not the airlines fault, it’s the CAAP’s and MIAA’s fault.

Airlines are reducing their flights to the Philippines, because it becomes to expensive. Passengers loose a lot of money, because they miss connecting flights, miss meetings and miss business. And Philippine’s tourism is suffering because even tourists prefer beaches instead of circling aircrafts and overcrowded airports.

If nothing happens, the sky over the Philippines will soon look like EDSA at rush hour. Swearing jeepney jokeys – no, sorry, swearing airline pilots, dancing and whistling traffic enforcers known as Air Traffic Controllers and CAAP with wang-wang helicopters. Sorry, this isn’t funny, but might soon become realty – if it isn’t already.

Recommended reading:
Read the CAAP’s list of projects – but please do not shout and wake them up.
Read the MIAA’s promises – and then verify what became real.

Keep cool, it’s more fun in the Philippines!
(If you are able to come here … )