Where is the depression? 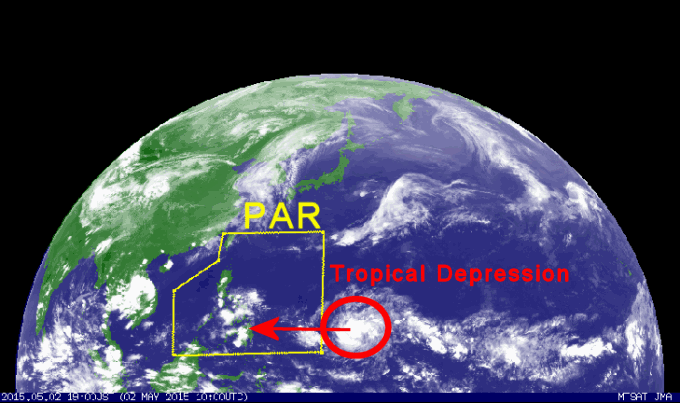 The depression is currently south of Guam and approaching Palau. Its direction is straight west and its forward speed is about 18 km/h (10 kts). It could bring the so needed rain to Mindanao within 3 days. Current wind speed is still low at about 35 km/h.

Mayweather or May weather?

One storm will surely go through the Philippines tomorrow morning when Floyd Mayweather and Manny Pacquiao willl hit on each other. The fight will start start around 11:oo a.m. PST (03:00 UTC).

May is the month when usually the first typhoon hits the Philippines (May weather 😎 ). The first typhoons of the year are always to be expected in northern Luzon. This is why we do not think that this depression will develop. It is too much south at this moment.

Will keep an eye on the screen tomorrow to see both, the box match and the depression.