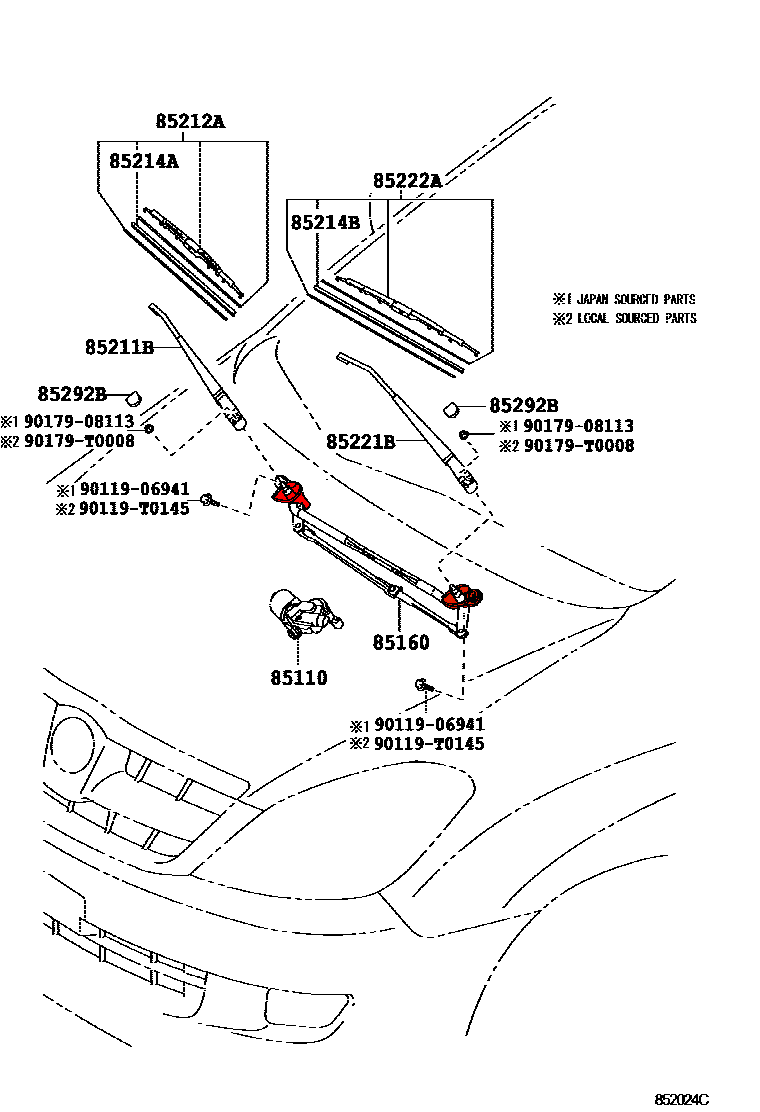 1st problem:
When our car counted about 23,000 kilometers, the fuel gauge started to show an empty tank although the tank was 100% full. When we called for an appointment for the 25,000km service, we informed the TOYOTA staff in advance about this problem and asked to have it fixed when servicing the car.
The service works were done, but the fuel gauge was not repaired. The reason: The tank should have been full for checking the instrument. Why didn’t they fill up and bill us the 40 liters of diesel?

2nd problem:
Two weeks ago, the front wipers didn’t work anymore. Imagine driving in the Philippines without wipers. This is deadly dangerous!
We called  TOYOTA in Cagayan de Oro last Monday and asked for a service appointment on Thursday. At the same time we wanted to inform them about the wiper problem, so they could already order the needed repair parts in Manila.
The girl on the phone did not want to hear about and told us to inform customer service when we arrive on Thursday. Strange, isn’t it!

Last Thursday we brought the car at noon sharp to Toyota. I had written a list with works to do and problems to resolve:
1) Service 30,000km
2) Repair wipers
3) Change wiper blades
4) Repair fuel gauge
5) Check key remote control
6) Inflate tires
The list was accepted by the service staff and attached to the service slip.

On Thursday afternoon around 3:00 p.m. TOYOTA called us and asked what kind engine of oil we would prefer.
On Friday around noon TOYOTA called us to say that there is no problem with the fuel gauge but the tank sensor might be stuck.  But they could not repair it within the next 4 hours, because they had to empty and unmount the tank.
We then asked about the wiper repair. The TOYOTA technician told us that the wiper motor was broken and they had to order it in Manila. The part would need 2 days to be sent from Manila to Cagayan de Oro.

I then drove with a taxi to TOYOTA and found our car ready for release. I asked the service technician if the requested repairs had been done. “Yes, Sir!”, was the prompt answer. I then asked him to put on the wipers. All he did was starting the engine. I then checked the wipers myself. The blades were not changed. I asked the technician why the blades hadn’t been changed. “Yes, Sir!”, was again the prompt answer. I then understood that the good man did not understand English language.

I then asked to see the manager of customer services. When asking him, why the requested repairs hadn’t been done, all I got was a bright smile but no useful answer. I informed him, that I absolutely want all the requested works to be done until Saturday noon.

When driving back to the city center, it started to rain slightly. This is when I had the idea: Going to Osmeña Street in CdO where lots of parts dealers have their shops. Already in the first shop I got a wiper motor from the OEM in India. Costs: 2500 pesos. The shop owner offered to replace the defective part in 30 minutes.

Again a taxi and again TOYOTA CdO. I showed the wiper motor to the responsible manager. He immediately offered to do the replacement work. I got a bit astonished because an official TOYOTA branch offered to put a non-TOYOTA certified part in our car. I said thank you and asked to release the car, payed the bill and went back to the parts dealer.

Spicy detail:
On the service report I found a point:
INSPECTED Lights, Horn, Wipers & Washer
One should add:
Found defective but not repaired!

3rd problem:
When watching the mechanic working on the wiper gear, I saw that the gear was not moving at all. We then found that the whole gear was completely stuck and corroded.

The reason for this corrosion is a construction error! Two plastic bowls (marked red below) that retain water and dirt make two articulation swim permanently in a corrosive bath. 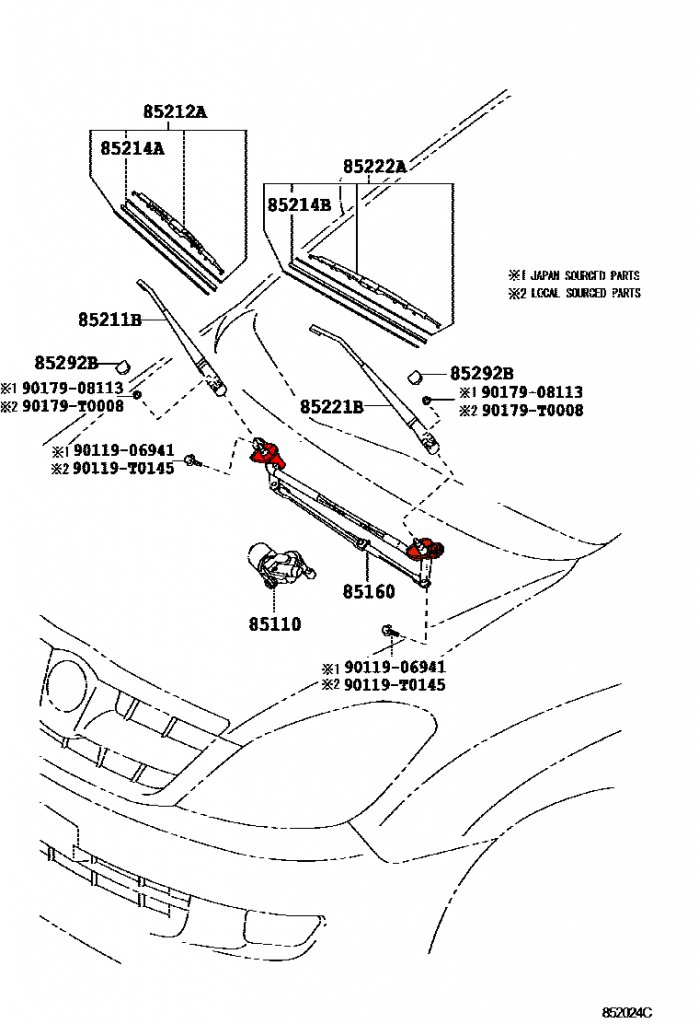 Recommendations:
Instead of filling up the washer liquid for 100 pesos in a non working system, TOYOTA should add an inspection point for the wiper articulation and require cleaning and greasing every 5000km.