Trembling Philippines! Not only the PNR trains are shaking but also the whole underground. Already 3000 earthquakes this year.

This afternnon at 4:44 p.m. we recorded the 3000th earthquake in the Philippines this year. I happened 30km northwest of San Fernando, La Union. It had been weak with a magnitude of 2.6.

This year 2773 quakes were weak (Magnitude less than 4), 222 quakes were medium (Magnitude between 4 an 6), 5 quakes were strong so far (Magnitude greater than 6). The Philippines are known to sit on the Pacific ring of fire. Multiple tectonic plates are crashing into each-other in our underground.

In spite of the fact that we encountered more earthquakes this year than in the years before, most of the quakes were of low Magnitude. The map of the most severe earthquakes show their accumulation far in the south. 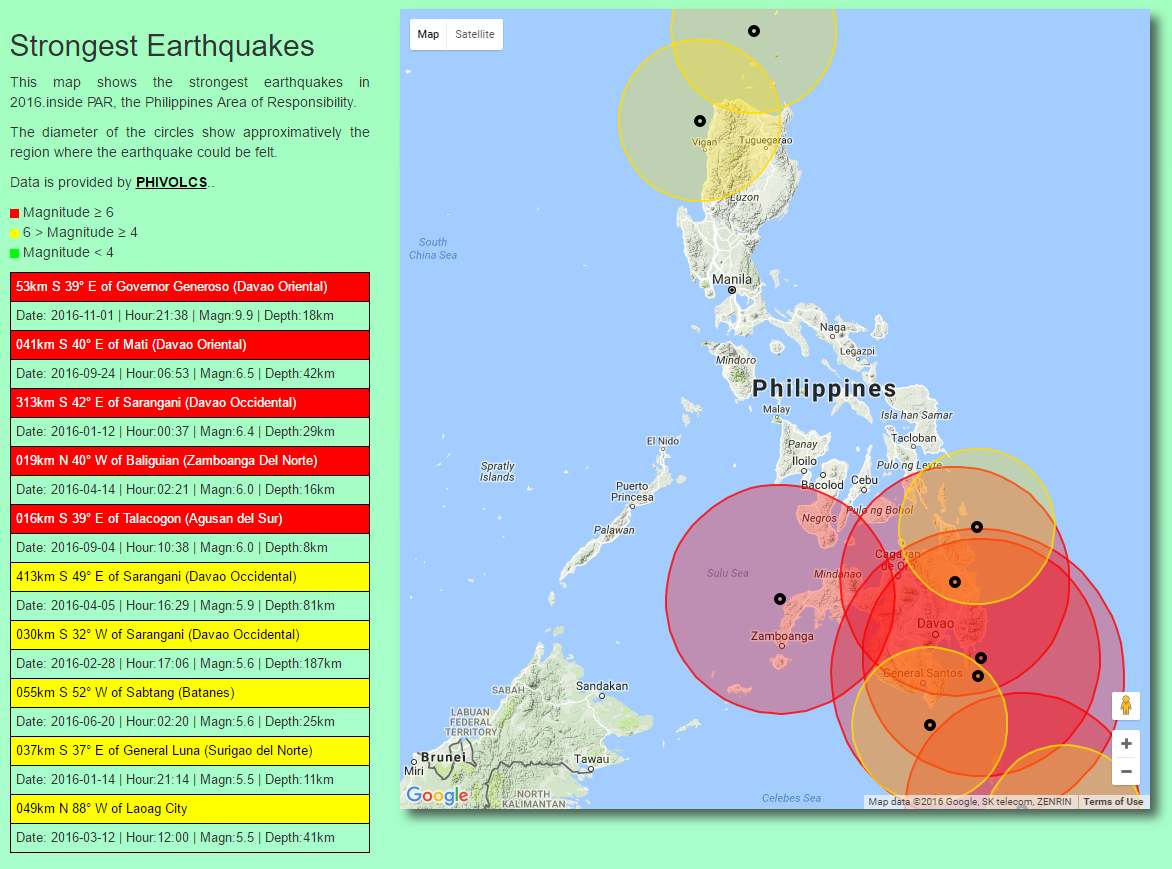 Allthough we encountered more than 9 earthquakes per day, there had been, up to now,  no destroying or devastating quake in 2016.  The average magnitude decreased to 2.8. The average depth of the focus was deep with 33 km.

“Shaken, not stirred!” let’s hope that 007’s preferred receipt stays with us. Cheers! 🙂