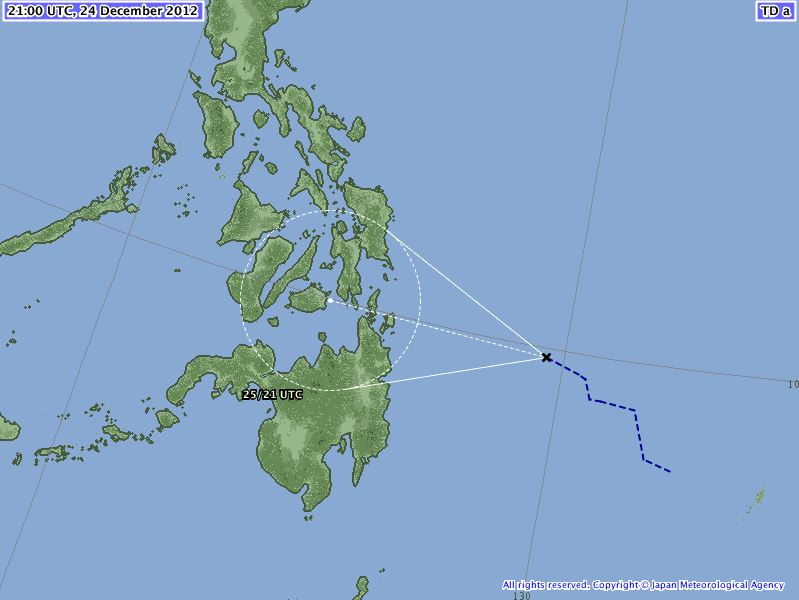 The Low Pressure Are 93W has been upgraded to Tropical Depression.

This Tropical Depression is now entering the Visayas with its outermost rain clouds. The center of the depression is still 400 km out in the Pacific. 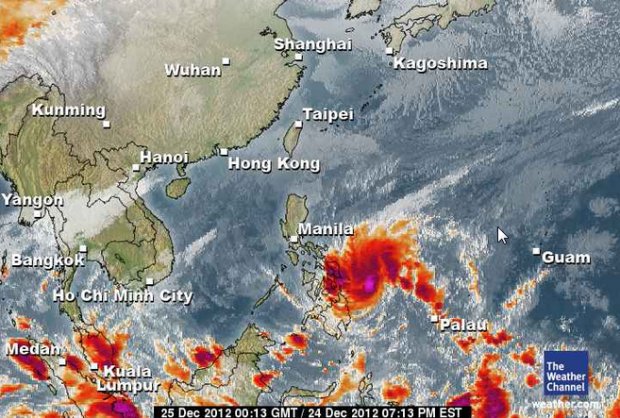 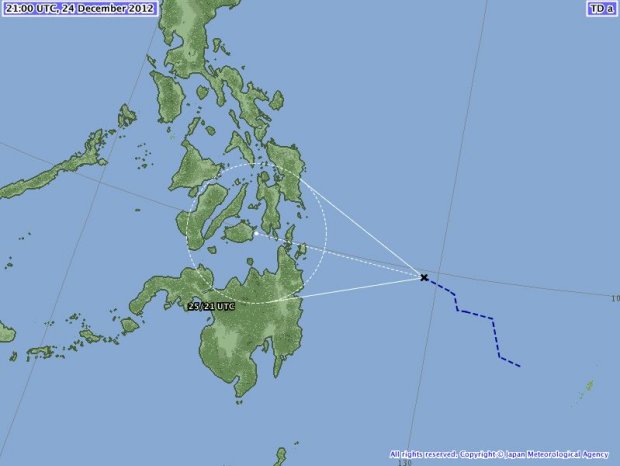 JMA say that center of the depression will move over Surigao towards Bohol. They also predict that it will slightly intensify in the next 24 hours.