Tropical Storm BAVI is moving west to northwest at 30 km/h. This storm does not yet affect the Philippines as it is some 3,700 kilometers east of Surigao.

Japan’s Meteorological Agency (JMA) predicts that the storm will get stronger in the next 48 hours from 990 hPa down to 985 hPa. It will maintain its forward speed of 30 km/h. Its forward direction will remain west. If Tropical Storm BAVI continues without changing its behavior, it could reach the Philippines in about 5 days – Wednesday, March 18. 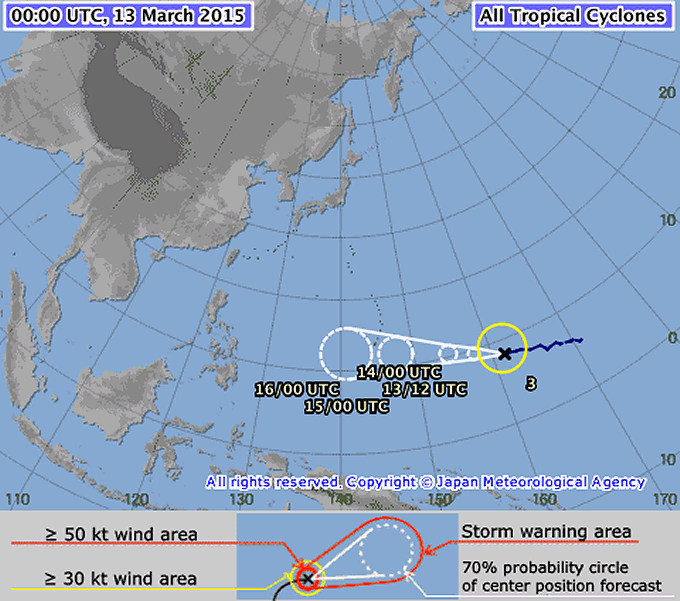 A month ago, typhoon HIGOS already moved over the northwest Pacific. Typhon HIGOS was the strongest typhoon on record in February since 1970.  Typhon HIGOS became a Cat. 4 typhoon according to the JTWC. Shortly after, however, stronger vertical wind shear and drier air quickly weakened HIGOS to a tropical depression. It then got lost before reaching land.

Sea surface temperature at 10° North are currently around 27 to 28 degrees Celsius. If this temperature is spanning through at least a 50-meter depth, then the conditions are favorable that Tropical Storm BAVI could become a typhoon.

We keep an eye on this system. Animated satellite loops are here.