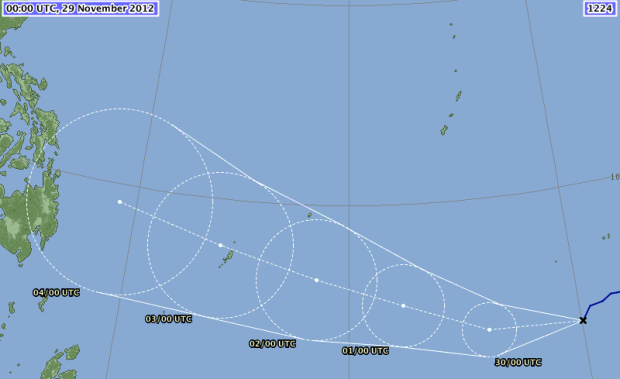 Tropical Storm BOPHA is still moving extremely south (only 4.4° north). GDACS (The Global Disaster Alert and Coordination System) has issued an orange alert for Palau at 08:00 AM this morning.

If Tropical Storm BOPHA continues at current speed and current direction it will make landfall around 07:00 AM on December 5, 2012. See also our storm data below. We shall be tracking this storm in the next days. 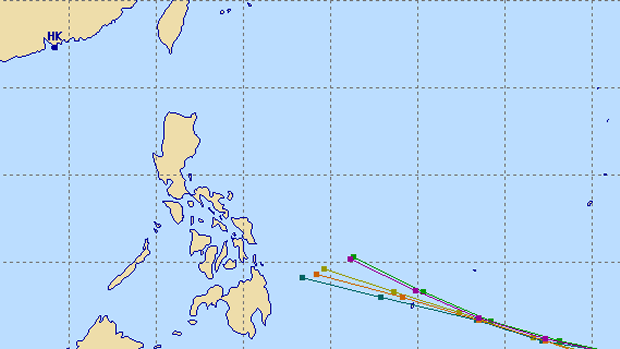 The multi-agency forecast has narrowed and points now to northern Mindanao and Samar.