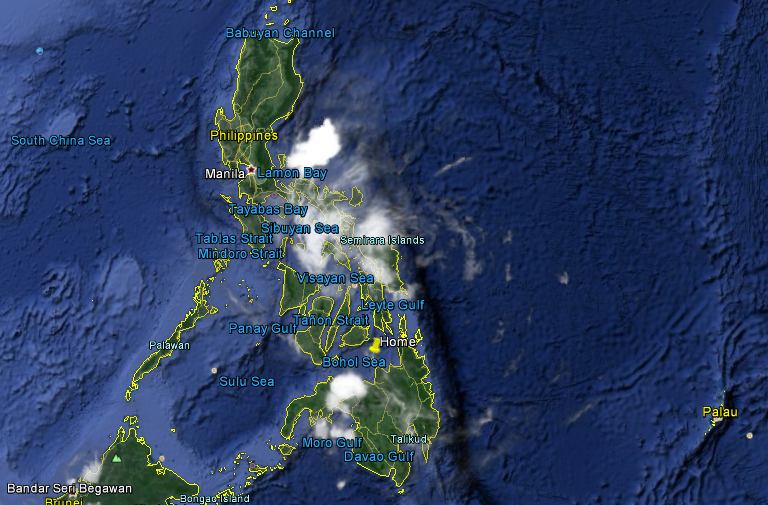 Tropical Storm MAYSAK/Chedeng behaved strangely last night. It almost lost all of its energy and got completely disorganized. But this morning it showed up again. The animated satellite images clearly show this strange behavior.

The Doppler Radars in Aparri, Baler, Tagaytay and Subic show the water concentration in the atmosphere. High densities can be observed near Baler Bay and on the top of Luzon around Santa Ana. 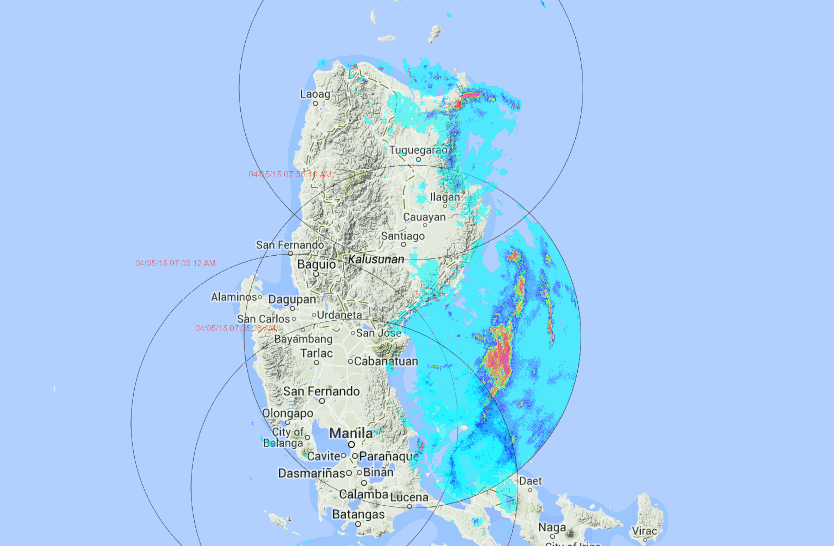 What to expect now?

Tropical Storm MAYSAK/Chedeng lost a lot of its punch and wind speed is down to 80 km/h. The storm is moving northwest at 15 to 20 km/h. This morning at 5:00 a.m. the center was observed 110 km east-southeast of Casiguran, Aurora. The storm should reach the coast just at this very moment 11:20 a.m.).

This afternoon the heavy rain will reach the Mountain Province and later the rain clouds will move over La Union.

We’ll check back in the evening.

Happy Easter to everybody.