2016 Storm Season is beginning. It is not yet the Typhoon Season 2016, but first tropical storm is building up in the east. Tropical Storm Nepartak will become a typhoon, however it will pass east of the Philippines.

In the last 3 weeks, since Habagat (south-west monsoon) started, we already had some strong rainfalls. For over a week now we have daily thunderstorms. And now the first tropical storm is concentrating into a typhoon. 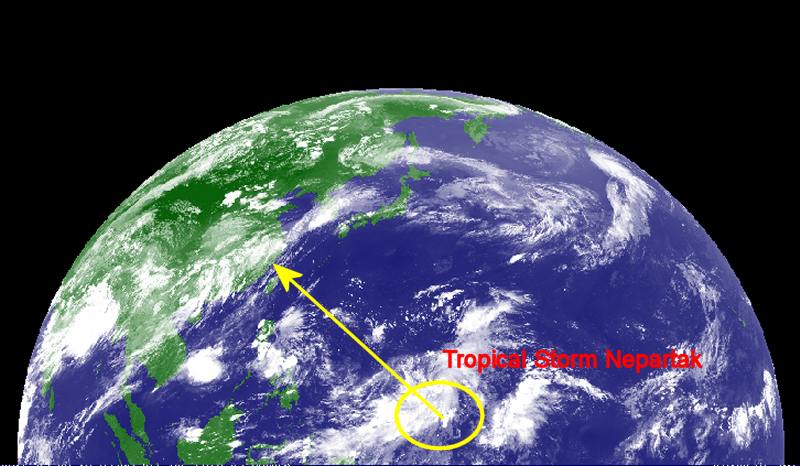 The meteorological agencies predict that Tropical Storm Nepartak will develop into a Typhoon of category 2 or 3. The storm will bypass the Philippines and Taiwan. It will rather head straight forward to continental China. As usual we trust most the prediction of JMA, the Japanese Meteorological Agency. However, we also consult the forecasts of PAGASA and JTWC. 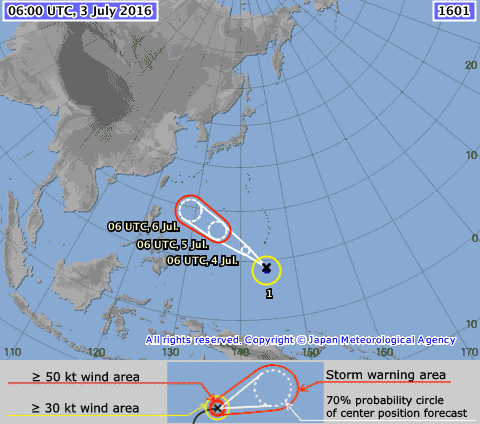 The overview shows that the storm will probably pass east of the Philippines. Usually the track of cyclones bends northwards because of the Coriolis force. If  TS Nepartak strengthens into a typhoon, it will enhance the south-western Habgat wind flow. 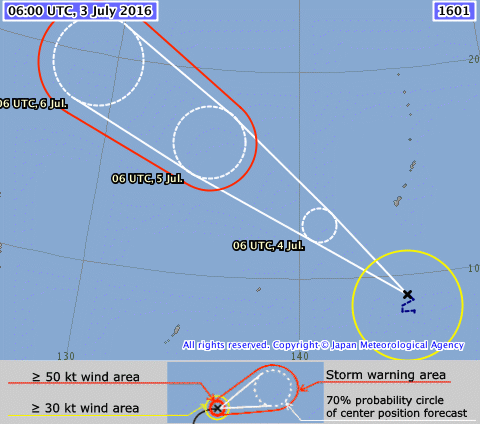 The zoomed in picture on the track shows a typical beginning. The centre of the low pressure is still moved in all directions. As soon as the pressure decreases, the track will become stable.

We do not yet publish our usual storm analysis because this guy is still too far away. But keep an eye on Nepartak.

The near real-time satellite videos are her: Philippines Weather If you watch the videos, have a look in the lower part of the blue hemisphere. All storms and typhoons are born in the cloud band which is moving from right to left (from east to west). You may observe the genesis of the next ugly guy.