Tubbataha – let’s hope they are right … 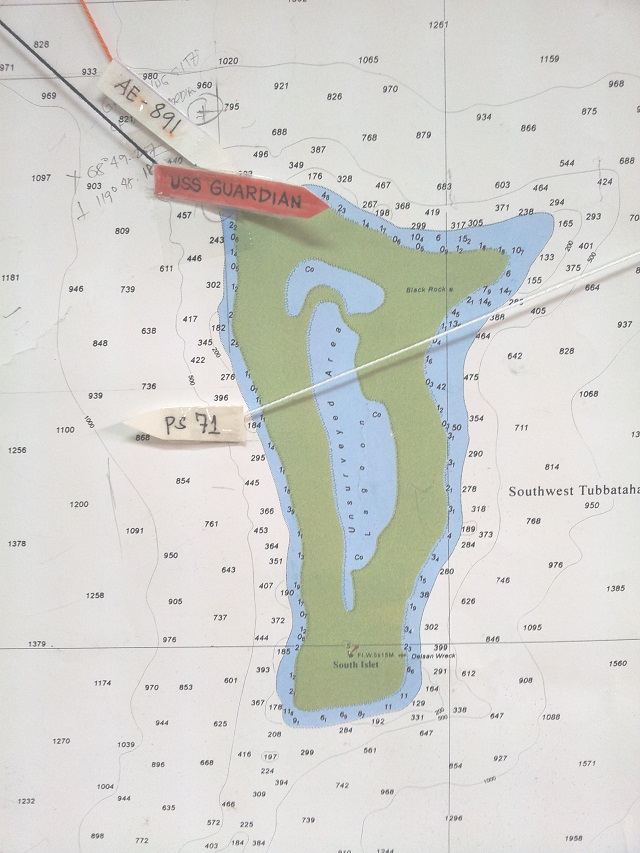 The USS Guardian may have hit mostly rubble and already dead corals and not areas with densely living populations living coral according to the Tubbataha Task Force.

It seems that now the exact position of the grounded USS Guardian has been fixed. Maps and data provided by the Tubbataha Task Force indicate that the USS Guardian is stranded on the northwestern part of Tubbataha’s South Atoll. (See map below)

A “marine environment specialist” from the US Navy arrived this morning to assess the full extent of the damage wrought by the USS Guardian. But he reiterated that the assessment can only be undertaken after the ship is removed at the end of February, as scheduled.

The crucial draining of fuel from the USS Guardian is well underway and that improved weather conditions mean that the operation may be finished earlier than expected.

But fears exist that the USS Guardian, made lighter due to the removal of its fuel stores, poses any further threat to the reef.