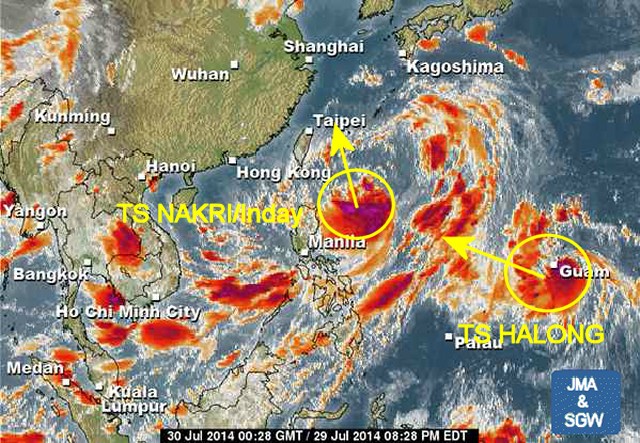 Two Tropical Storms are currently dominating the north-west Pacific. TS NAKRI/Inday is now north-east of northern Luzon and moves north-northwest. TS HALONG is in the vicinity of Guam and moves west-northwest.