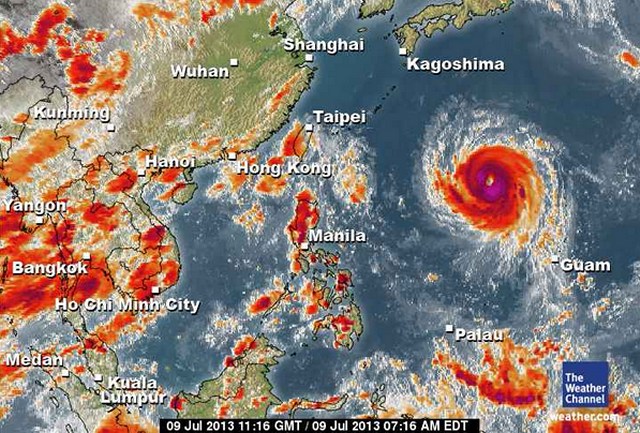 Typhoon SOULIK/07W increased its strength during the day and is now a Typhoon Cat. 2. The typhoon has now developed a clearly visible eye. It’s forecast track has not changed.

Short after 6:00 p.m. PST the typhoon has crossed latitude 20° north. It is entering the Philippines Area of Responsibility (PAR) tonight at PAR’s north-eastern corner. During the past 6 hours the typhoon moved at 10 knots or 18.5 km/h in direction 290 degrees (West-Northwest).